A month after the Latvian parliamentary elections – a risk of returning to the past 10 years ago?

Seven political forces have been elected to the 14th Saeima: the centre-right party alliance ” Jaunā Vienotība ” (New Unity, JV) with 26 seats, which is also represented by the current Prime Minister Arturs Krišjānis Kariņš and the Minister of Foreign Affairs Edgars Rinkevičs, whose achievements, in my opinion, do not require comments. 16 seats have been won by “Zaļo un Zemnieku savienība” (the Union of Greens and Farmers, ZZS) and for many such a good result is a surprise. The only thing you need to know about this party is that its candidate for the position of prime minister in these elections was Aivars Lembergs – a person who has opposed Latvia’s cooperation with NATO, against whom the USA has imposed sanctions in connection with corruption and who is accused of serious crimes. His statements regarding Russia’s war in Ukraine are a separate story.

Fifteen seats in the new parliament have been won by the “Apvienotais saraksts” (United List), political force, which consists of the Latvijas Zaļā partija (Green Party of Latvia), Latvijas Reģionu apvienība (Latvian Association of Regions), Liepājas partija (The Liepāja Party), and non-party professionals invited by the architect and businessman Uldis Pīlēns. With the exception of a few non-partisan professionals, the lion’s share of members of the political organization are by no means new players on the Latvian political scene, as is claimed.

The Green Party of Latvia joined the “United List” after “separating” from the long-term partner the Union of Greens and Farmers, stressing that this is a separation from Aivars Lembergs, who has always had a great influence in the party union. However, in the political circles it is rumoured that one of the elected representatives of 14th Saeima of the said political power has already been seen in talks with the legendary Mr. Lemberg after the elections. It should be noted that from this political force people previously not associated with politics – who are professionals in their fields (security, traffic, etc.) – were elected to the parliament.

“Nacionālā apvienība” (The National Union, NA), which is a nationally conservative political party, also won 13 seats, while the relatively new political force “Stabilitātei!”, (For Stability!, S!) which calls itself a populist, Eurosceptic and centrist party, won 11 seats. To briefly describe this new player, it should be recalled that the party debuted in voter polls with 2.3% support at the beginning of the year and even offered to withdraw from the “stifling” European Union. The party also was seen actively guarding Soviet monuments. Party members regularly attract the attention of the State Security Service, and only a few days after the elections, the State Police started criminal proceedings against one of the elected deputies for allegedly lying to the Central Committee. The deputy has lied about both her workplace and her supposed education.

The activities of the party are also actively monitored by the intelligence and counter-intelligence institution – The Constitution Protection Bureau. If many nationalistic and patriotic citizens of Latvia are happy that the social democratic party “Saskaņa” (Social Democratic Party “Harmony”) has not been elected to this parliament, which has long enjoyed the support of a large part of Latvia’s population (mainly Russian-speaking), in my opinion, the fact that “Harmony” will be replaced in the parliament by ” For Stability!” means the same thing for Latvia’s security as running into a bear while trying to get away from a wolf. “For Stability!” rhetoric is sometimes much more radical than that of “Harmony”, moreover, the parties make better use of social media, attracting the support of young people.

Finally, it should be mentioned that 10 seats in the parliament have been won by the ” Progresīvie” party (The Progressives), which is a social-democratic, centre-left and progressive political party. One of the most striking features is that the party actively advocates for the rights of same-sex couples and there are many young people among its supporters. Whereas the party ” Latvija Pirmajā vietā” (Latvia First, LPV) won 9 seats in the parliament.

The party is led by the so-called oligarch Ainārs Šlesers, whose name has also appeared in a high-profile fraud case, but among its members are his family members and friends, a bunch of politicians who have become embroiled in various parties, “anti-vaxxers”, the pastor of the Christian church ” Kristus pasaulei” (former members of the church say, that they felt influence and control over themselves, but experts assess its activity as psychological violence and religious racketeering) and the so called miracle water dealer, activist, founder of the scandalous company SIA “BIOveikals” (previously “Memory Water”), who calls for the trial of all those who subjected Latvian residents to “forced vaccination”.

That’s how diverse the Latvian parliament has become, so it’s no wonder that for a month now it’s been impossible to answer the question, who will form the government? The “first hand” in the formation of the government was given to the current Prime Minister K. Kariņš. Since the “National Union’s” advocacy of the traditional family is incompatible with the rights of same-sex couples, and the “United List” has also expressed support for the traditional family, the “Progressives” have remained in opposition. For the time being, the Russia-friendly “For Stability!”, the “Union of Greens and Farmers” led by A. Lembergs and “Latvia First” with all its interesting composition remain there for the time being.

Although ” New Unity “, the “National Union” and the “United List” have enough seats to form a government, political experts already estimate that it will last only half a year, as a strong opposition has formed, and there is no consensus among the government parties either. I am not a political expert, but the idea that in a few months this government could fall apart and the people who could take their place are the same ones against whom several thousand people protested in 2011 at the so-called “Oligarchs’ funeral”, calling for an end to corrupt systems and to prevent people connected with oligarchs from coming to power and who have been hindering the development of the country for decades: I am at a loss here. I hope that the predictions will not come true and that the forces, whose threats not only to the development of the country, but also to security are visible to the naked eye, will not come to power. 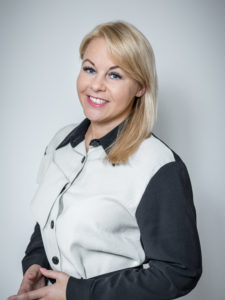 Marta Mackevica is the CEO of Miltton Latvia. The article’s purpose is not to express support for any party, but to encourage thinking about which political forces should not be in power in such an economic and geopolitical situation as we face today.

Marta Mackevica
CEO, Miltton Latvia
marta.mackevica(a)miltton.com
Previous article
The 5 key learnings from the World Employer Branding Day
Next article
For young people, social media is traditional media – Can we still call journalism “journalism” if it does not try to reach the entire population?