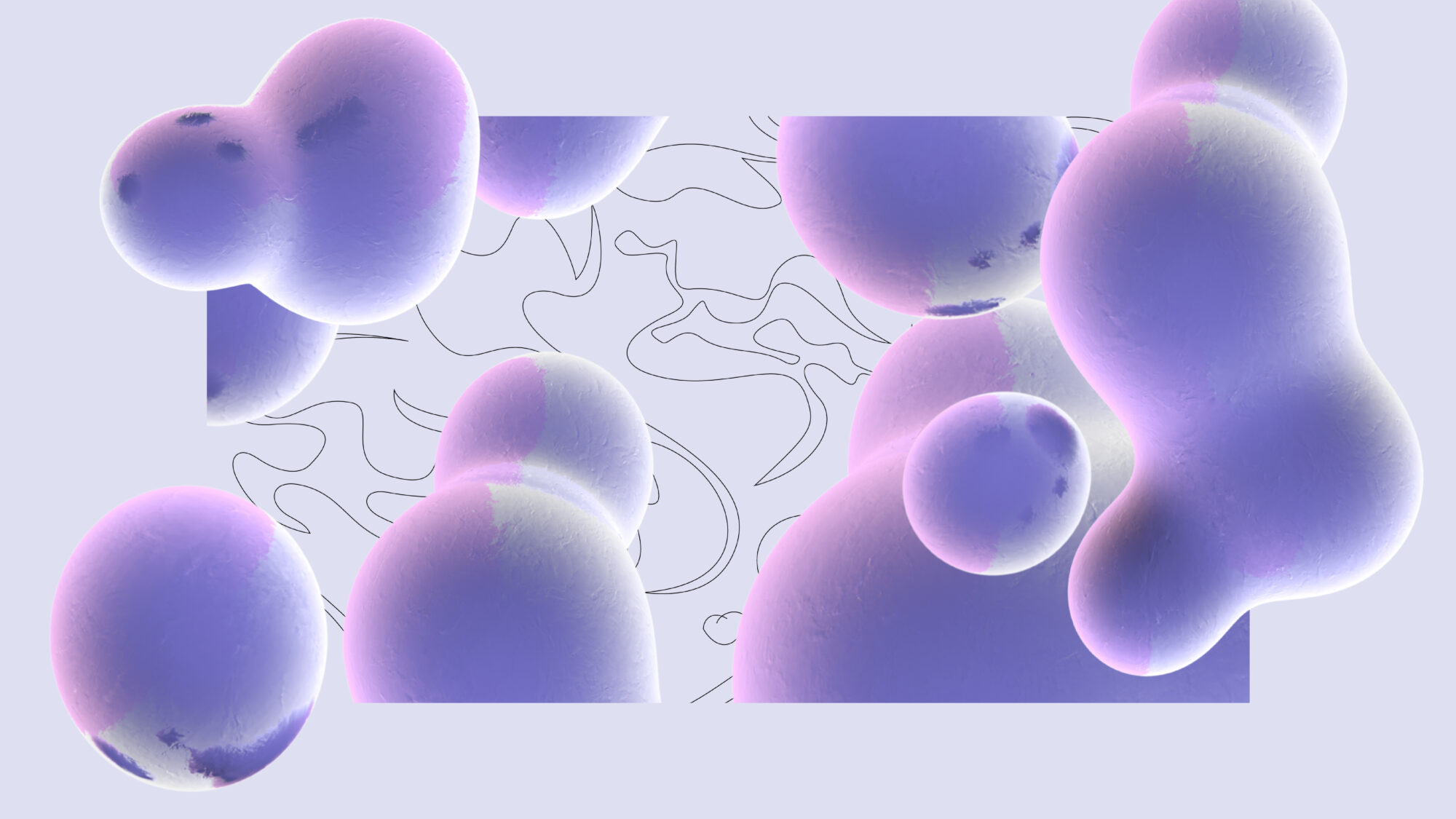 Cryptocurrencies were all the rave in our recent Miltton Futures discussions. Peta Partanen and Saara Pokki expand from where the discussion left off, looking at the different scenarios where cryptos may and may not lead us.

Elon Musk might take humankind to Mars, but he will not be responsible for cryptoassets’ leap forward. Against expectations, it may very well be the regulators who do. Thanks to speculative investors, cryptocurrencies have surged to highs that few investors would have predicted a year ago – and are at the mercy of the Twitter outbursts from the world’s second wealthiest person. Currently, the markets are plummeting uncontrollably, suggesting that it was a matter of seeking short-term gains. Or is this so? Perhaps, there’s more to the story.

The relevance of the cryptoasset movement

It’s easy to dismiss these developments, but cryptoassets are not another fad that’s destined to be forgotten. They have the potential to affect the world of finance just as social media redefined communication. This evolution will not happen overnight nor without bumps in the road.

Despite the volatility that comes with being a nascent asset class, globally speaking, a decentralised model is tempting for many. Whether locked under turbulent governments, lacking access to traditional financial institutions, or simply intrigued by new technological opportunities, many people believe that the future lies in crypto. This question goes beyond Bitcoin, as new use possibilities for the technology underpinning cryptoassets – blockchain, a type of distributed ledger, or a digital system for recording the transaction of assets in which these transactions and their details are recorded in multiple places at the same time – continuously emerge.

Dismissing crypto developments may also be a question of privilege. For those who enjoy a social position where they do not have to consider the credibility of institutions, financial services, corruption, or even access to financial services, it’s much easier to agree with the finance world’s status quo. There’s a demand for change, however, and cryptoassets are driving progress and growing in popularity as a result.

Crypto and the dotcom bubble – where we are now

Which begs the question: Are we considering the next technological disruption to be as revolutionary as the invention of the internet? After all, it’s 2021, and there are still no flying cars in sight – clearly demonstrating that not all predictions about the future become reality.

With regard to cryptoasset usage, however, the data matches that of the early days of the internet. If we compare the adoption and user base growth of cryptos to the adoption curve of the internet, we see that we are at around the year 1997 – a point where the technology exists, but the establishment of truly transformative entities is only about to happen. To name a few, Google was founded in September 1998 (which would be next year on the crypto timeline), the dotcom bubble is ahead, and 2004, the year Facebook was founded, is still seven years from now, in 2028.

The key takeaway is that enough people now believe that the future lies within crypto and even those who disagree would nonetheless do well by educating themselves on its potential impact. A case in point is the first ever European institutional response to these developments. The European Commission and other EU organisations are currently in the midst of the regulatory process for cryptoassets. Through the “Markets in Crypto Assets” Regulation, the EU would oversee the entire variety of digital representations of value or rights, which use distributed ledger technology (DLT) or similar. Surprisingly, the proposal has received little attention considering it represents a significant expansion of the EU’s regulatory perimeter and will likely result in substantial changes for entities wanting to operate in cryptoassets or provide related services.

The European Commission’s political response is one of many on the subject. Central banks are taking note, and many are considering whether it needs to respond to the market developments by issuing a digital currency of its own – a central bank digital currency (CNBC), which would operate very differently than the most known digital currencies. Fabio Panetta, a member of the executive board of the European Central Bank, recently stated:

“The ongoing digitalisation of money and payments is challenging the established structure of the financial system. A digital euro represents a natural evolution in response to this transformation – not only to underpin efficiency and innovation, but also to preserve the role of the central bank in offering safe means of payment.”

The vastness of cryptos may be the key to its growth

The European Union is not alone in these responses. Cryptoassets started as the people’s money, free from institutional intervention or centralisation. As emerging institutions weigh in, however, we may end up far removed from the original. The vastness of this field holds promise, as the range of instruments from Dogecoin, the meme currency, to a central bank issued digital currency, represents only a fraction of the potential applications based on distributed ledger technology.

We may find ourselves in a scenario where established institutions, which were initially hesitant about the development of cryptoassets, may end up bestowing its ultimate legitimacy – the stamp of approval that leads to the mass adoption of cryptoassets. It’s precisely for this reason that this disruption is relevant for all. However, what does this mean for companies operating in finance and other industries?

Imagine the year is 1997 and you have just heard of an exciting new possibility to expand your sales: the internet. Is it worthwhile to invest your time and effort to understand this new platform? Alternatively, imagine that as an investor, you notice a company whose sole strategy of selling books online is about to make its initial public offering. You cannot help but wonder whether ordering reading material from a website could ever surpass the holistic experience of browsing aimlessly, and the smell of a bookstore. Surely, it’s all hype?

To invest or not to invest – where does the answer lie?

Disruptive technologies come with great risks but also great rewards. If the few who were convinced to believe the future lies with crypto are indeed right, acting now gives you a frontrunner position. But this development is still in its infancy. It is legitimate to question the risks involved, including the possibility of an adverse reputational impact on anyone involved with cryptos, and the consequences if events go awry. 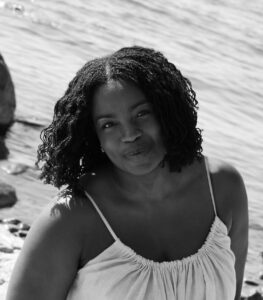 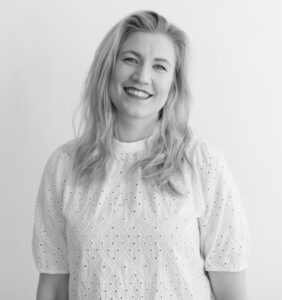 Peta Partanen is a copywriter who believes in the power of positive thinking. A raving audiophile, she looks forward to new releases and open venues.

Saara Pokki is a public affairs advisor who cannot get enough of European politics, bold ideas, and being fascinated by the next novelty. She is fluent in bureaucrat and in 80s pop music.

With such a nascent field, not all answers are yet available. But Miltton is your best partner for tackling this. Our enthusiastic experts are not afraid to think ahead of the curve and help you understand what could lie ahead. We recently explored these questions in our Miltton Futures series together with leading experts from the new and the established worlds of finance, such as Raoul Pal and Piia-Noora Kauppi.

Watch the recording below:

Cryptocurrency markets are crashing – but it’s not the end of the story
Share
Cryptoassets are assets that hold value without a third party securing or continuously creating the preconditions for the asset value. In other words, a cryptoasset can hold value without financial regulation and institutions ensuring the value exists. This function is now programmed and secured through cryptography, using distributed ledger technology (blockchain). Cryptocurrencies are a narrower category of “money” within cryptoassets.
Previous article
What’s with the taxonomy anyway?
Next article
Putting the You in European Democracy?