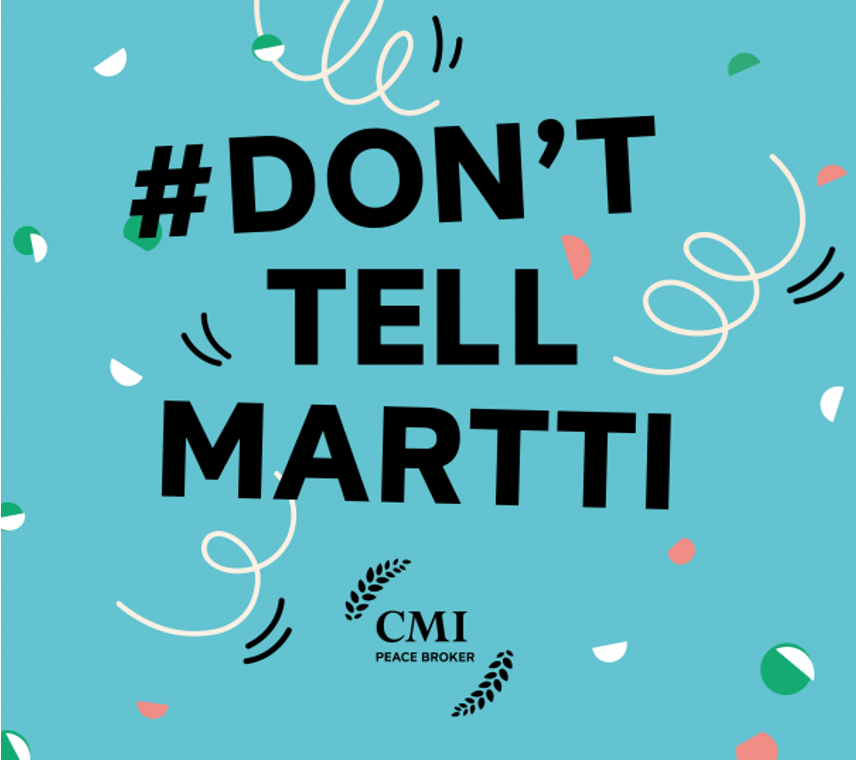 CMI is a small, independent NGO working towards peace in conflict areas across the world. Largely dependent on public money, CMI found its funding severely reduced by the Finnish government’s budget cuts. Luckily, the Finns have a soft spot for CMI’s founder, Nobel Peace Prize Laureate Martti Ahtisaari, whose 80th birthday was coming up. CMI and Miltton decided to establish a digital PR campaign to raise funds for CMI’s peace mediation work and to raise awareness of CMI’s work among the Finnish public.

This was the first time CMI had ever targeted individual consumers in its fundraising. Apart from its founder, the former Finnish president and Nobel Peace Prize Laureate Martti Ahtisaari, the organisation was relatively unknown among the public. We needed to find a way to make the organisation relevant to Finns, while respecting the fragility of ongoing peace processes.