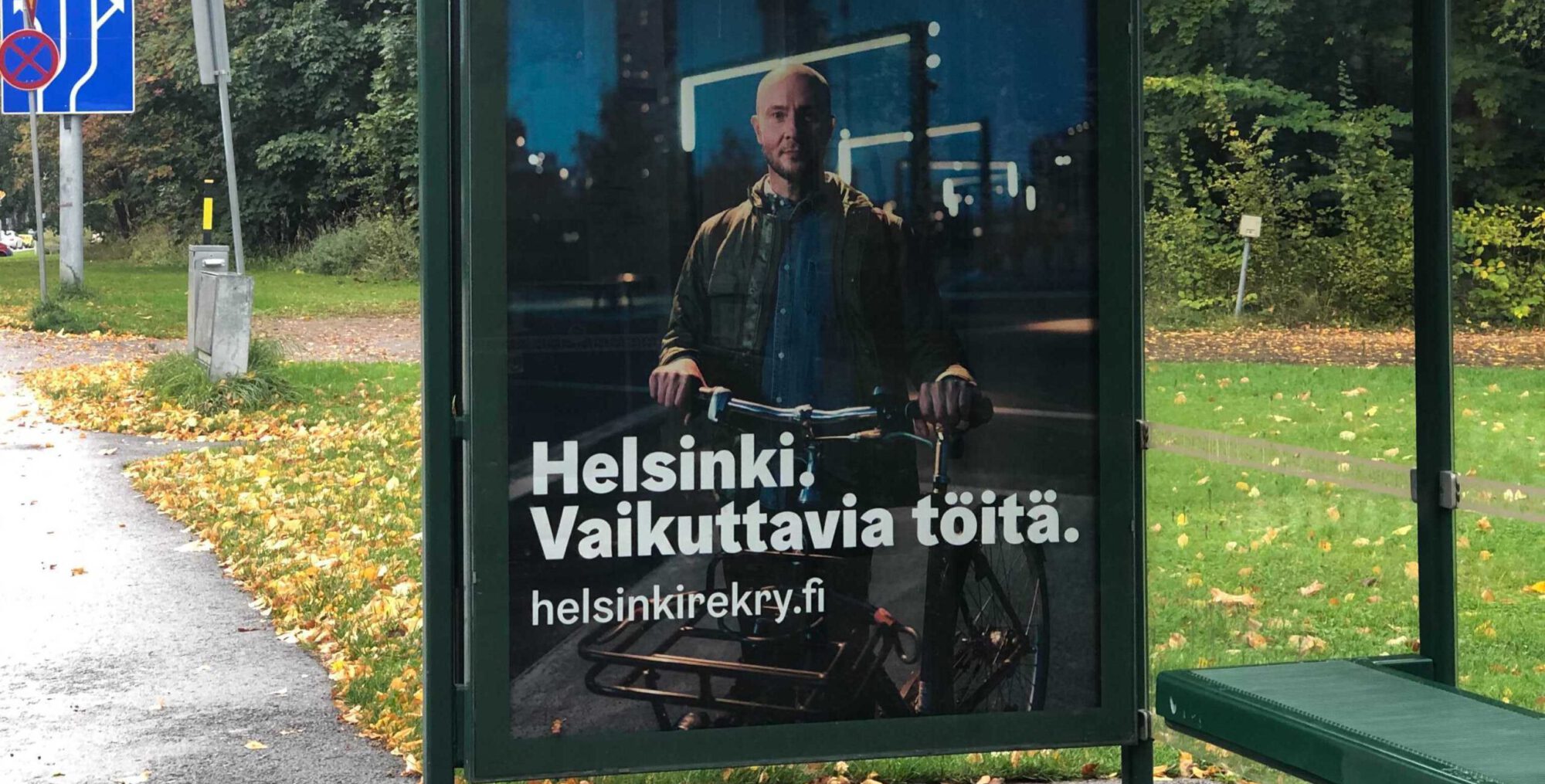 Employer communications for the City of Helsinki

OBJECTIVE: The City of Helsinki is Finland’s largest employer, and its employees hold more than 1,700 different job titles. It is crucial that the city attracts and retains a wide range of experts and the right kind of professionals when communicating about the city as an employer and place of work. Miltton was approached to help in researching, planning, and creating a communications concept.

INSIGHT: The City of Helsinki has a vision of being the most functional city in the world and sets the bar high for its employees as well. The city needed an employer brand concept that works for all parts of the city’s organisation and harmonises employer branding communication. We analysed existing background material and collected additional qualitative data from employees in both the strategic and creative parts of the process. One common theme among the answers emerged: respondents emphasised the concrete impact of their daily work.

SOLUTION: After the research phase and a joint story workshop, Miltton drafted key messages related to the city’s brand for different internal stakeholders to comment on. After several reiteration rounds, a new employer value proposition (EVP) was formulated.The EVP was crystallised in the slogan “Helsinki. Make a difference.” The slogan is explained more concretely in the employer story and in the main messages tailored to different recruitment target groups. Based on the city’s brand guidelines, Miltton designed a new way of highlighting the impact of city employees in a visual manner.

RESULTS: The employer brand updating work was finalised in October 2020. The work resulted in an internal employer branding manual for HR and communications professionals, as well as an action plan for the strategic level of employer branding. Experts working on employer branding in different parts of the organisation received several concrete tools, such as job post and social media ad templates, as well as new automated messages for candidate communications. The new concept was launched internally with a video and virtual event produced by Miltton. Externally, the new strategy and creative concept were introduced with a brand video and a city-wide outdoor marketing campaign. The launch was widely considered a success among the city’s internal stakeholders.

This website uses cookies to improve your experience while you navigate through the website. Out of these, the cookies that are categorized as necessary are stored on your browser as they are essential for the working of basic functionalities of the website. We also use third-party cookies that help us analyze and understand how you use this website. These cookies will be stored in your browser only with your consent. You also have the option to opt-out of these cookies. But opting out of some of these cookies may affect your browsing experience.
Necessary Always Enabled

Any cookies that may not be particularly necessary for the website to function and is used specifically to collect user personal data via analytics, ads, other embedded contents are termed as non-necessary cookies. It is mandatory to procure user consent prior to running these cookies on your website.