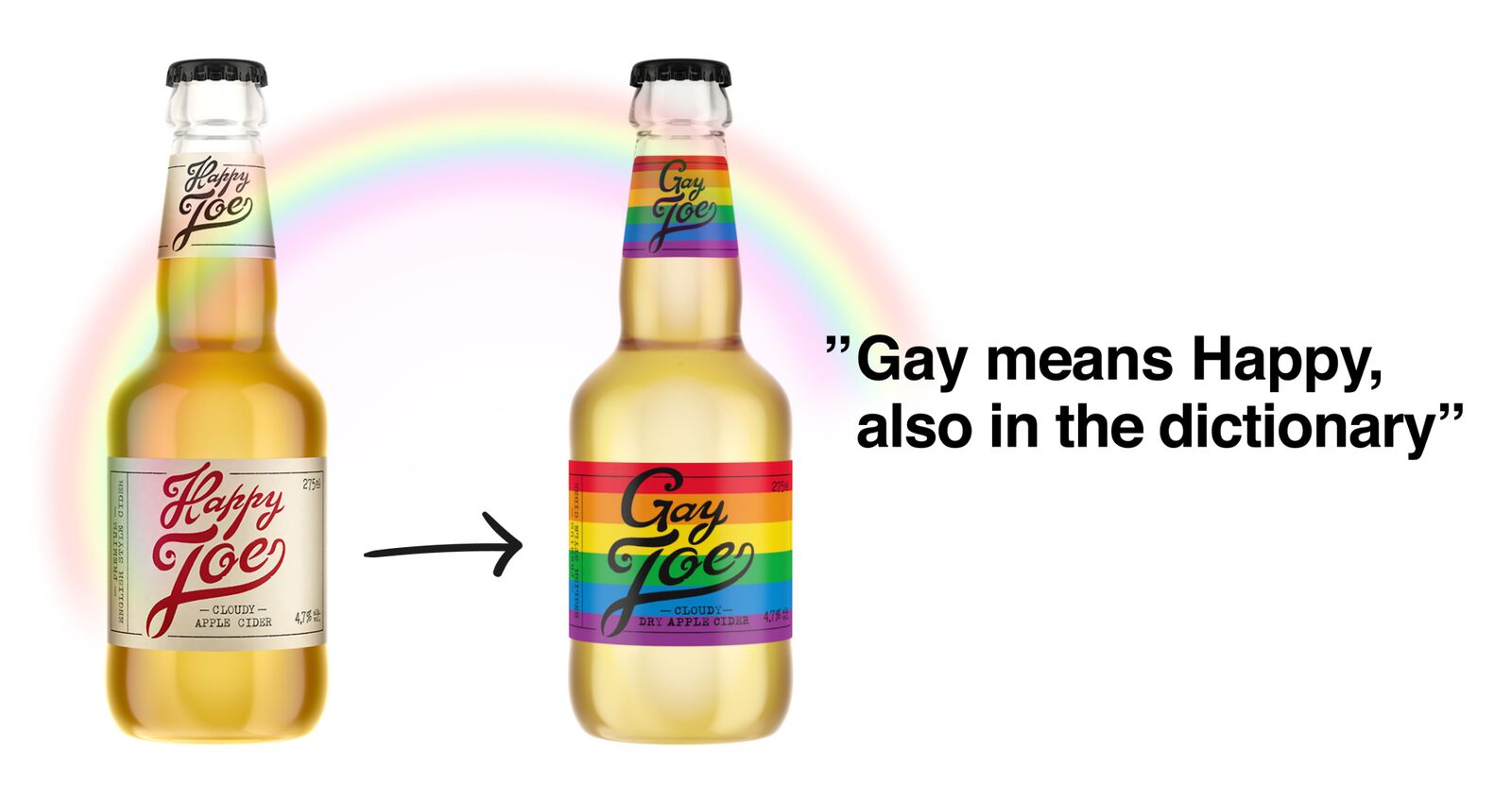 Happy Joe, one of Finland’s leading ciders, turned into Gay Joe in support of Helsinki Pride and became a huge hit on social media.

Happy Joe’s most important target group, the urban Millennials, are a demographic beyond the reach of traditional media. They are less price sensitive and put experiences over materia. It has proven to be very difficult for companies to connect with Millennials. They want companies to use their position to impact on a societal level, and making a difference has become an increasingly important criteria of choice. We wanted to drive their engagement by creating shared value.

Because advertising was out of the question for Happy Joe, we used the one thing we had: the product. We launched a limited-edition rainbow bottle with Gay replacing Happy in its label. Why Gay Joe? Because gay means happy, also in the dictionary. We wanted Gay Joe to become the message and people to become our media, to stir up conversation and share the message of happiness, love and equality.

Because of the strict laws on alcohol advertising, we had to rely on social media, PR, product seeding and word of mouth to tell people about Gay Joe’s arrival. Without any paid collaboration, Gay Joe reached over 500,000 unique social media users through dozens of hand-picked top influencers. Consumers followed their lead and Gay Joe became a social media darling. To ensure product visibility on social media on the Helsinki Pride parade day, we also organised a special brunch for key influencers supporting equality and HBLTQI issues. More than 70 influencers joined us to show their support. Gay Joe also attracted the media and in the end, the earned media reach was 4,000,000 people. And what happened to Gay Joe? It was sold out two days before the big party.