Hän – the most beautiful word in the Finnish language?

Equality is a core value for Finland and its people. In Finland, everyone is entitled to be treated equally, enabling them to belong, participate and achieve their full potential. Finland Promotion Board, coordinated by the Ministry for Foreign Affairs of Finland, gathers together the different organizations that work with the Finnish country brand. It also steers the country brand work and, for example, decides the larger umbrella themes for each year. In 2019, Finland Promotion Board wanted to highlight Finland’s exceptional track record of building an equal society. There is still work to be done for a more equal society, but the Finnish story has many elements to share with the world. Therefore, we build hän, the gender-neutral Finnish personal pronoun, into a symbol of equality.

The words we use shape the world we live in. Approximately 80% of the words in Finnish language originate from other languages. But when it comes to equality, our language has an advantage: a gender-neutral personal pronoun, hän. In the Finnish language, personal pronouns (words used as substitutes for a person’s name, such as he and she) do not specify whether the person discussed is a woman or a man. One word – hän – refers to women, men and people of other genders alike. In our campaign, we built Hän into a symbol of equality. Hän is the inclusive Finnish pronoun that stands for equal opportunity. It’s a symbol for a better world where people are not defined by their background, gender or appearance.

Hän became the symbol for equality in our campaign that was rolled out internationally from June 2019 onwards. The campaign consisted of an international outdoor and social media campaign, a film, and events hosted by Finnish embassies. The outdoor campaign was rolled out in Berlin, London, Brussels, New York City, and Paris. In the ads, Finland thanked other countries for the words we’ve gotten from them to build and enrich our language, and gave the them one word in return: Hän – an inclusive personal pronoun for equal opportunity.

Throughout the year the Ministry for Foreign Affairs of Finland honoured global efforts towards equality with Hän Honours. So far, over 20 Finnish embassies have shone light upon the work of brave individuals and organizations around the world. Hän Honours have received media coverage in the receivers’ home countries and put equality issues in the limelight. 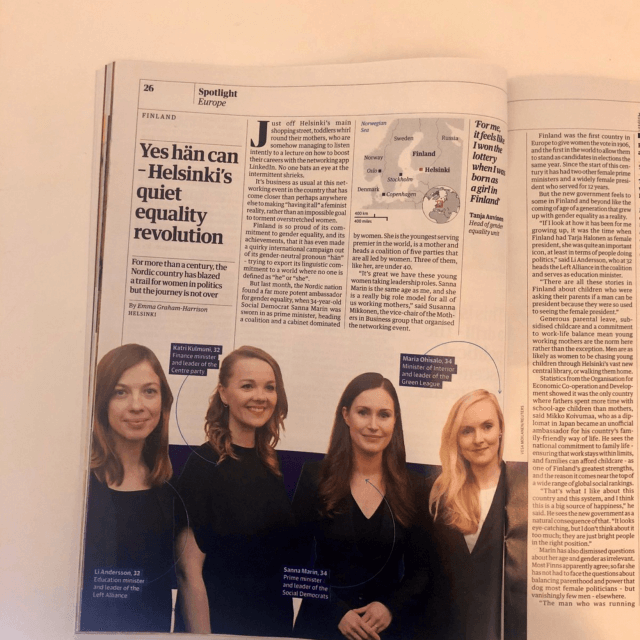 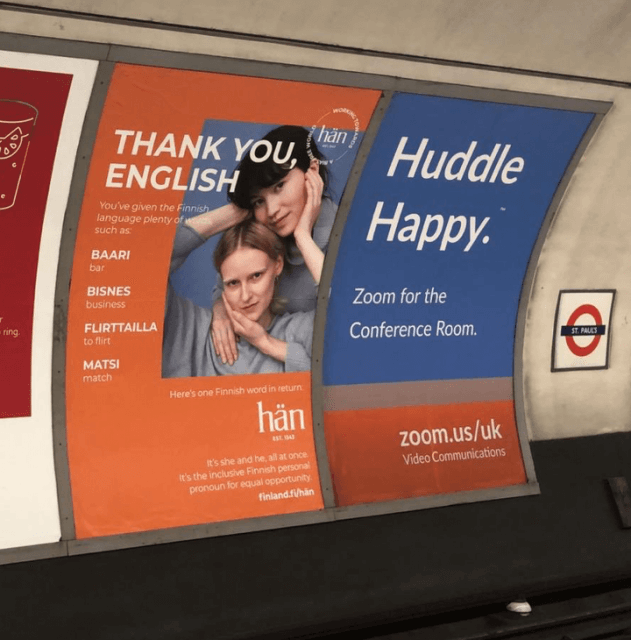 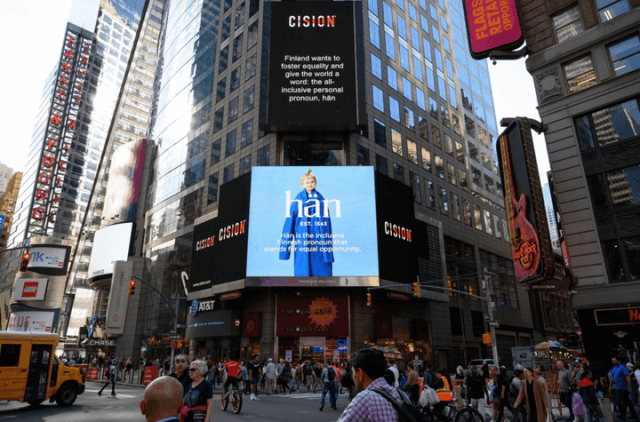 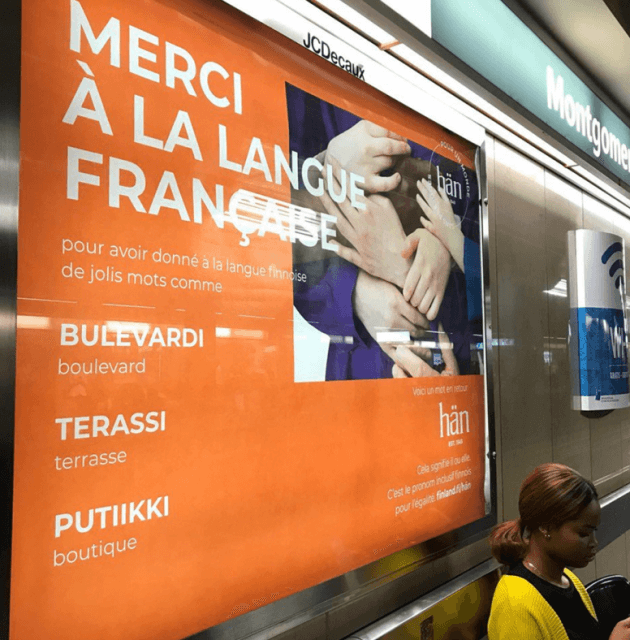 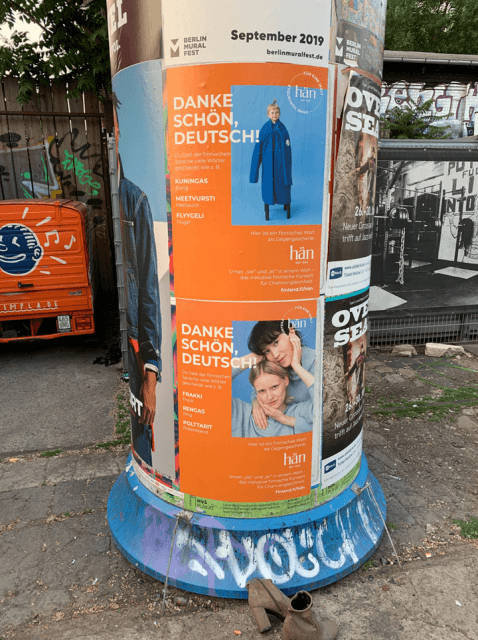