The President and Prime Minister of Finland have now made it clear that they are both in favor of applying for NATO membership ‘without delay’. This was quickly followed by welcoming words, mainly from the Nordic NATO countries but also from the US and the EU who gave their full support. Russia followed up with warnings and threats about the consequences of applying for a NATO membership, but frankly – Putin has only himself to blame for the situation. Had it not been for the war in Ukraine, a NATO membership would probably not have been in the cards.

Considering the ongoing series of high-level meetings between Finland and Sweden, everything points to that the State Visit to Stockholm, set to start on Tuesday and led by the President of Finland, will become a powerful manifestation of unity between the two countries. We are now together entering a new era as members of the defense alliance NATO. The Swedish parliamentary working group presented its final report on the deterioration of the security environment on Friday, and the Social Democrats are set to make their NATO decision on Sunday. Following this, it is likely that the government will meet on Monday to formally make a decision to submit a NATO application.

At Miltton Sweden, we hosted an interesting talk this week with colleagues Arto Räty, former Permanent Secretary of the Finnish Ministry of Defence and Maria Wetterstrand, former spokesperson of the Swedish Green Party, on the topic of Finland, Sweden, and NATO. You can watch the talk here, and also keep an eye out for future Miltton Talks on current topics. Arto, Maria, and I, as well as a number of other senior consultants help our clients navigate in the new landscape.

War crimes are now beginning to be tried in court

There is horrible footage from surveillance cameras circulating showing Russian soldiers shooting and killing civilians. The documentation of the war crimes has been extensive and now the first case will be tried in court. A 21-year-old Russian soldier is accused of having executed a Ukrainian civilian. More prosecutions are to be expected, as materials such as photos, videos, intercepted radio transmissions, and more, are being collected and structured.

Do you want to donate money to Ukraine?

As we know by now, Russia has great difficulty in achieving success with the war. Their losses in manpower and material are extensive. Every day, the war is estimated to cost 900 million USD in direct costs alone. Added to this are all the costs of sanctions, which are difficult to calculate.

However, Ukraine also faces large costs for its defense. The country receives money, not least from the US, but much more must be done by Sweden and the EU if Ukraine is to have the strength to endure the Russians. What you and I can do to support Ukraine is to, among other things, donate money to various causes. The president has launched an initiative to make it easier to raise money for the military, health care, and post-war reconstruction.

It is not easy to find the courage to protest the regime in Russia, as even simple protests against the war can result in a 15-year imprisonment. However, other types of protests are still happening. There was an elegant one where the TV schedule was hacked, and instead of information about the program, there was a critical message against the war as well as the regime. 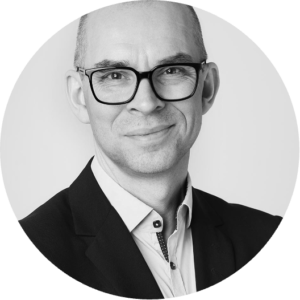 Niklas Nordström is a Senior Advisor at Miltton Sweden. He has spent around 150 000 hours of his life thinking and acting in politics. The remaining time is spent with his hunting labrador Boss. You can subscribe to Niklas’ weekly newsletter (in Swedish) here.

Niklas Nordström
Senior Advisor, Miltton Public Affairs Sweden
niklas.nordstrom@miltton.com
Previous article
Employees will turn your strategy into reality – but how to get them onboard?
Next article
We want to talk to people on social media, not logos – an employee ambassador gives a face to your company