Miltton's website uses cookies to provide you with a better customer experience. For more information, visit our Cookie Policy and Privacy Statement
Want to keep up with Miltton?
Join our extended family, and we'll send you an email every now and then to keep you posted on our latest news. 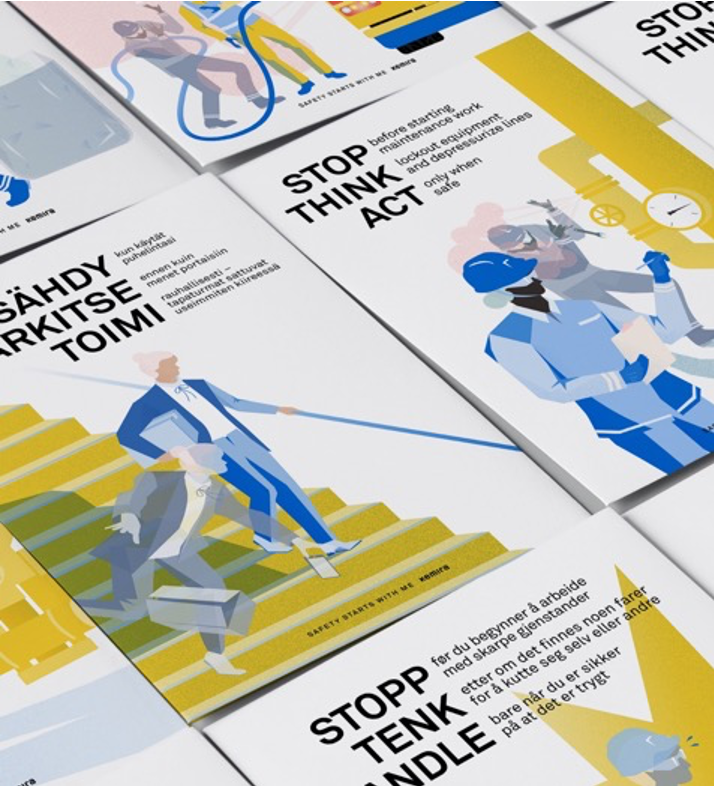 Kemira launched an internal, international safety campaign in spring 2018. The objective was to increase knowledge regarding different kinds of safety risks at work. Employees were challenged to consider the effects of their actions in different work tasks and environments. Miltton produced 11 illustrations in 17 different languages for the campaign. The main uses of the illustrations were posters in the offices and manufacturing sites. They were also used e.g. in presentations and intranet.

The choice for the illustration theme was an employee following safety instructions and her/his unsafely acting shadow. Genuine situations were represented with simple, effective illustrations which are quickly and easily understood by the viewer and also stand out from the rest of the internal communications.

“The best campaign ever launched in our company.” – long-term employee at Kemira

The client was pleased with the campaign and received good feedback also from the employees.