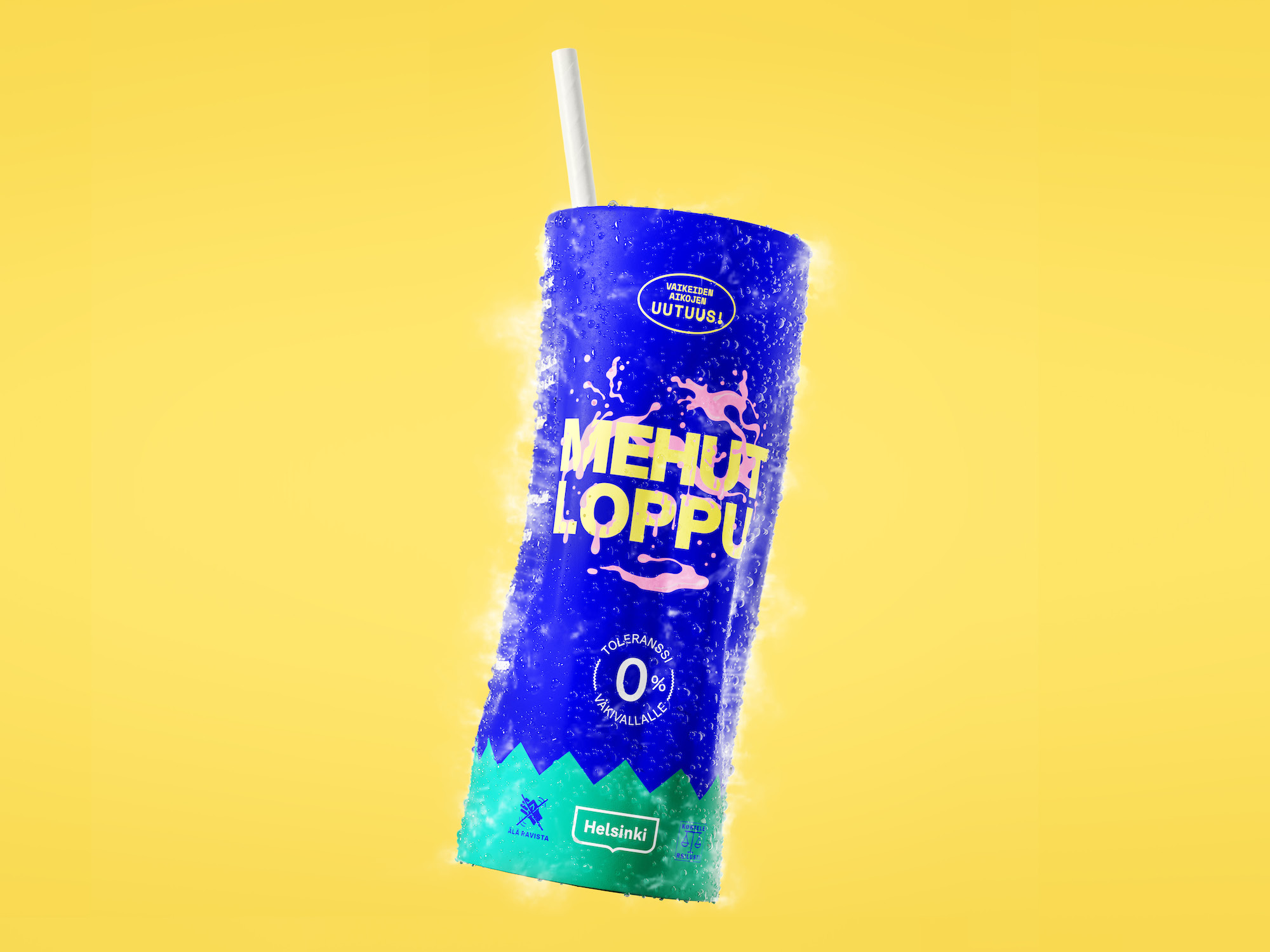 In Finland violence between spouses and cohabiting partners increased by 6% in 2020. City of Helsinki and its partners wanted to shed light on the topic, as well as prevent further domestic violence with a surprising campaign: by launching a juice brand called Mehut loppu (Out of juice).

Objective: City of Helsinki wanted both victims and offenders alike to know that help is available.

Insight: Statistics don’t lie – because of COVID-19, everyone is out of juice and domestic violence cases are on the rise. The City of Helsinki and its partners wanted to let people know we are all in this together and offer help to those in need (both victims and assailants). To stop people in their tracks, we needed to come up with a surprising creative strategy. How would one launch a juice brand called “Out of Juice”?

Creative: After a long, gloomy period of the COVID-19 pandemic, shocking people with grim and bruised imagery did not feel like a good idea, so together with Helsinki and its multiple partner organisations we decided to grab attention with a surprising creative strategy

We wanted to communicate without a moralizing tone of voice about the severity of the issue and how everyone can seek help. Thus, we introduced a new juice brand called “Out of Juice” made out of misery, tears, loneliness, uncertainty, anxiety, depression and worries among other devastating ingredients.

The Helsinki-based store Anton&Anton emptied its juice shelves for Mehut loppu to raise attention and Fazer donated juices to be re-branded as Mehut loppu (Out of juice). The juices were sampled to people with the campaign message sneakily hidden in the packaging.

Results: Already during the launch week, the campaign got the Finnish media buzzing widely online and in TV morning shows.

Ilta-Sanomat: “The campaign’s main message: even though you are out of juice, violence is never justified.”

MTV: “The campaign makes the case for seeking help no matter whether you are a victim or an assailant.”