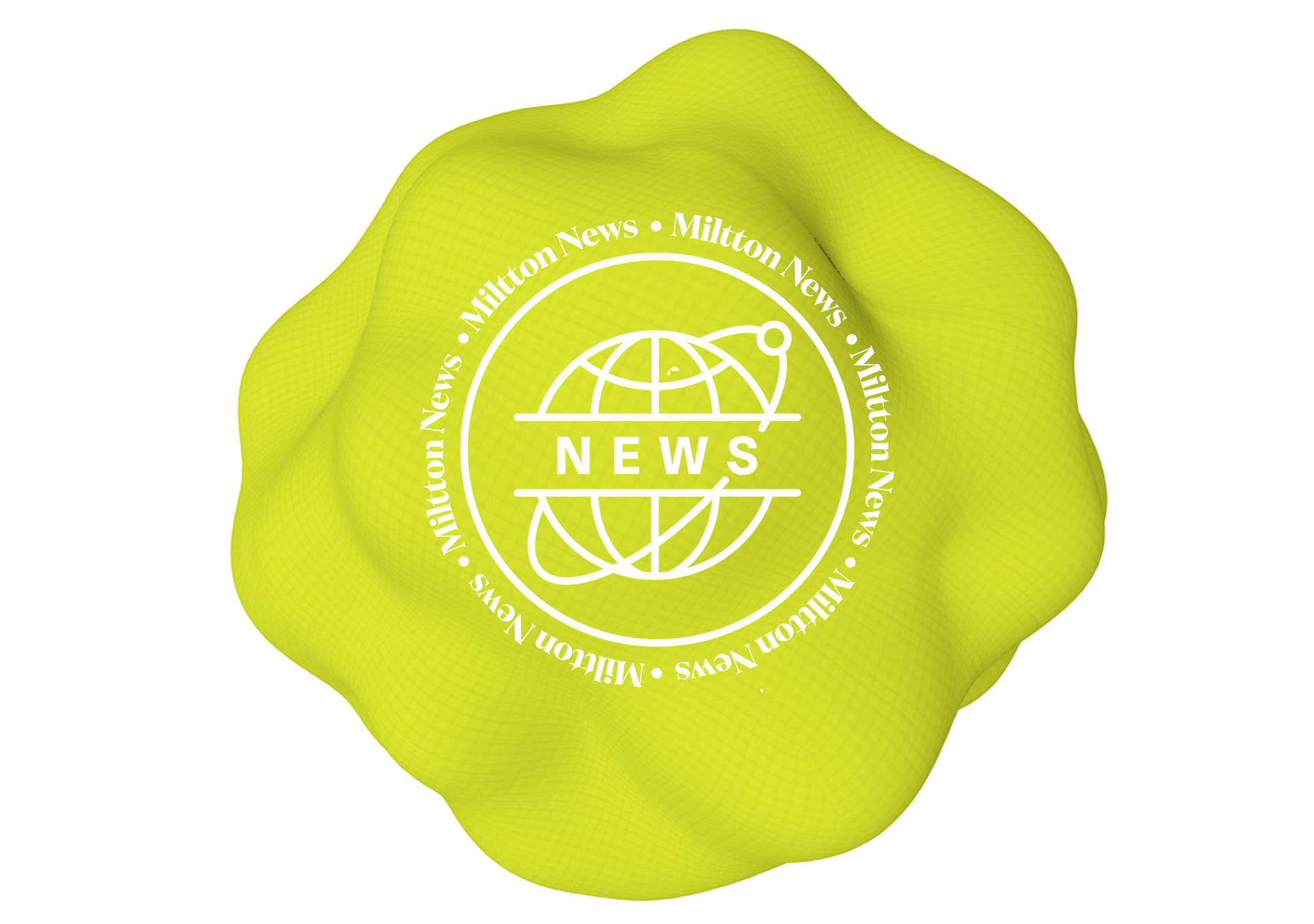 Miltton doubles its number of creative directors, citing the “hypercyclicity” they believe will revolutionize marketing

Having hired four new creative directors within the past year, Miltton wants to strengthen its ability to find exceptional solutions to its customers’ increasingly complex problems. 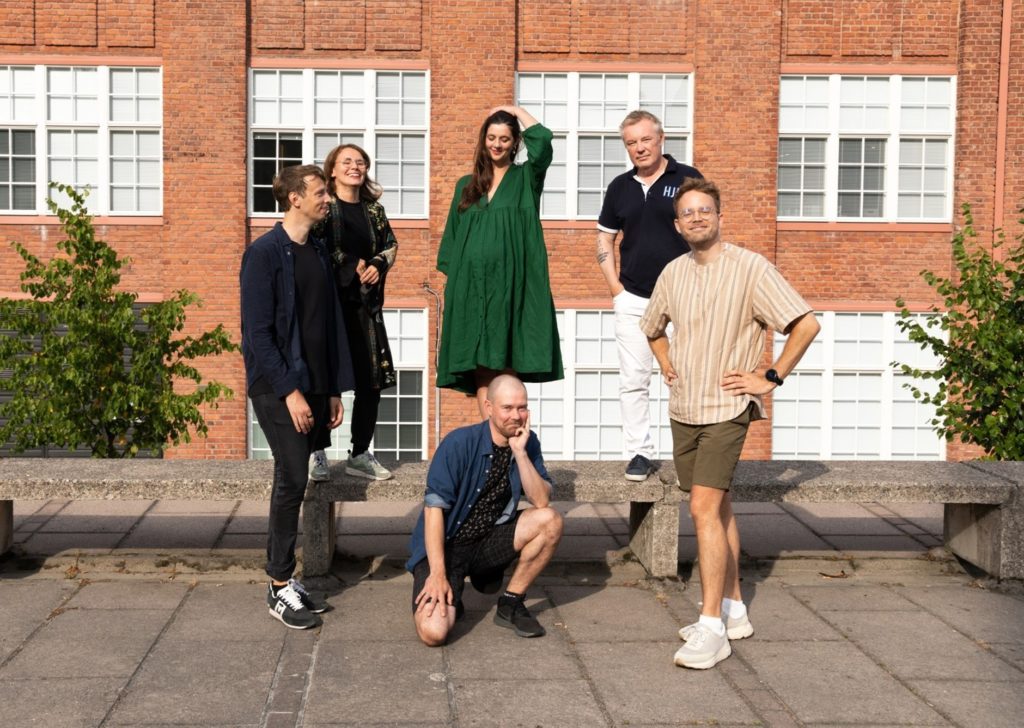 Miltton has appointed four new creative directors this year: Evilda Nikander and Elina Niemistö, who arrived earlier in the year, plus Tuukka Tujula and Juha Nikkilä, who begin their roles this autumn.

Nikander, 35, came to Miltton by way of Berlin, where she worked as the Creative Director for Jung von Matt, one of Europe’s most prestigious agencies. There, she was responsible for a number of high-profile projects, including global creative design for Mini Cooper and social media marketing for Netflix. Meanwhile, Elina Niemistö, 35, has a versatile and award-winning background in advertising design and brand strategy. She comes to Miltton from the design agency Motley Agency, and is now responsible for creative direction particularly in the realm of contemporary brand building.

Our newest arrivals, Tuukka Tujula, 44, and Juha Nikkilä, 36, represent Finnish excellence in their respective fields. Tujula has gained recognition for his extensive career as a quality-focused designer, creative director, and as the architect of numerous award-winning marketing campaigns. Nikkilä, on the other hand, came to Miltton from Reaktor Creative. Nikkilä previously worked for Bob the Robot and Hasan & Partners and has played a key role as the designer of numerous high-profile campaigns that have gone on to become the talk of the town.

There are two core reasons behind these hiring moves. For one, the demand for Miltton’s brand and marketing services has grown significantly. Additionally, Miltton’s client companies are facing accelerating changes within their operating environments. There have been numerous turning points over the past few years, including Brexit, the #MeToo movement, the COVID-19 pandemic, the increasing urgency of the green transition and, of course, the war in Ukraine. All of these have disrupted the operating conditions of both companies and our everyday lives.

“New global phenomena, economic fluctuations, and new types of regulation are coming at such a rapid pace that we can now start to talk about ‘hypercyclical’ times. These are characterized by the unexpected and sudden change of long-held held attitudes and once-fixed ways of working. This constant flux places new demands on modern marketing. Brands must develop their appeal alongside both the pulse of big societal changes and small, everyday signals. As such, marketing experts need a completely new way of thinking, with increased agility, multidisciplinary teams, and the ability to understand constant change being crucial”, explains Varpu Varpela, who heads the Brand, Marketing and PR business at Miltton.

At the core of Miltton’s creative direction is the idea that long-term commercial success is not borne simply out of focusing on the competition, or even the customers. Rather, brands must know how to look beyond their own market, to the questions hidden in people’s everyday lives, to the wider culture, and to society at large. The commercial value of a brand is increasingly influenced by non-commercial factors, such as how brands confront and attempt to solve the big questions of our time.

That’s why Miltton always tries to approach our clients’ assignments in an interdisciplinary and artistic manner.

“With us, creative directors are tasked with heading the design in their teams, which themselves are assembled in a way to enable the best response to a client’s current challenges. In addition to a marketing expert, a journalist, a geopolitical researcher, a social media influencer, a sustainability expert, and a former portfolio manager might end up in a client meeting, for example. The task of creative directors is to ensure that Miltton’s diverse expert views are crystallized into impressive creative briefs, concepts, and, finally, solutions that increase both the value and the appreciation of our customers”, says Miltton’s Executive Creative Director, Mikko Hakkarainen.

This operating model has been implemented throughout many successful projects with our customers. To cite just a few examples, Miltton has been building Finland’s reputation for equality (Hän), launching a progressive coding school with global ambitions (Hive Helsinki), re-shaping the image of a traditional brand in the eyes of a new target group (K-Rauta), and making it known that Helsinki is a modern city of freedom (Helsinki Freedom).

“Recently, we’ve made our customers a phenomenon on Tik Tok (Pirkka Ampparit Skatepark), drawn attention to the launch of the sustainable eating campaign Lihalauantai (Beanit), drummed up excitement around a client’s listing on the Helsinki Stock Exchange (Puuilo), and brought an immersive museum experience to Finns’ living rooms (Digimuseo)”, continues Mikko Hakkarainen.

The aim of these new recruitments is, above all, to strengthen Miltton’s marketing expertise, combine Miltton’s creative design with our other offerings, and to find new ways for customers to create commercial value through a better understanding of society and various, diverse stakeholders.

“I believe that brands that approach marketing without prejudice and see it in broader terms will be more successful in the future. The best design is created in hybrid teams, consisting of various experts, thinkers, and doers. In this regard, Miltton is an exceptional player. I’m really excited to join the team”, says new Creative Director Juha Nikkilä.