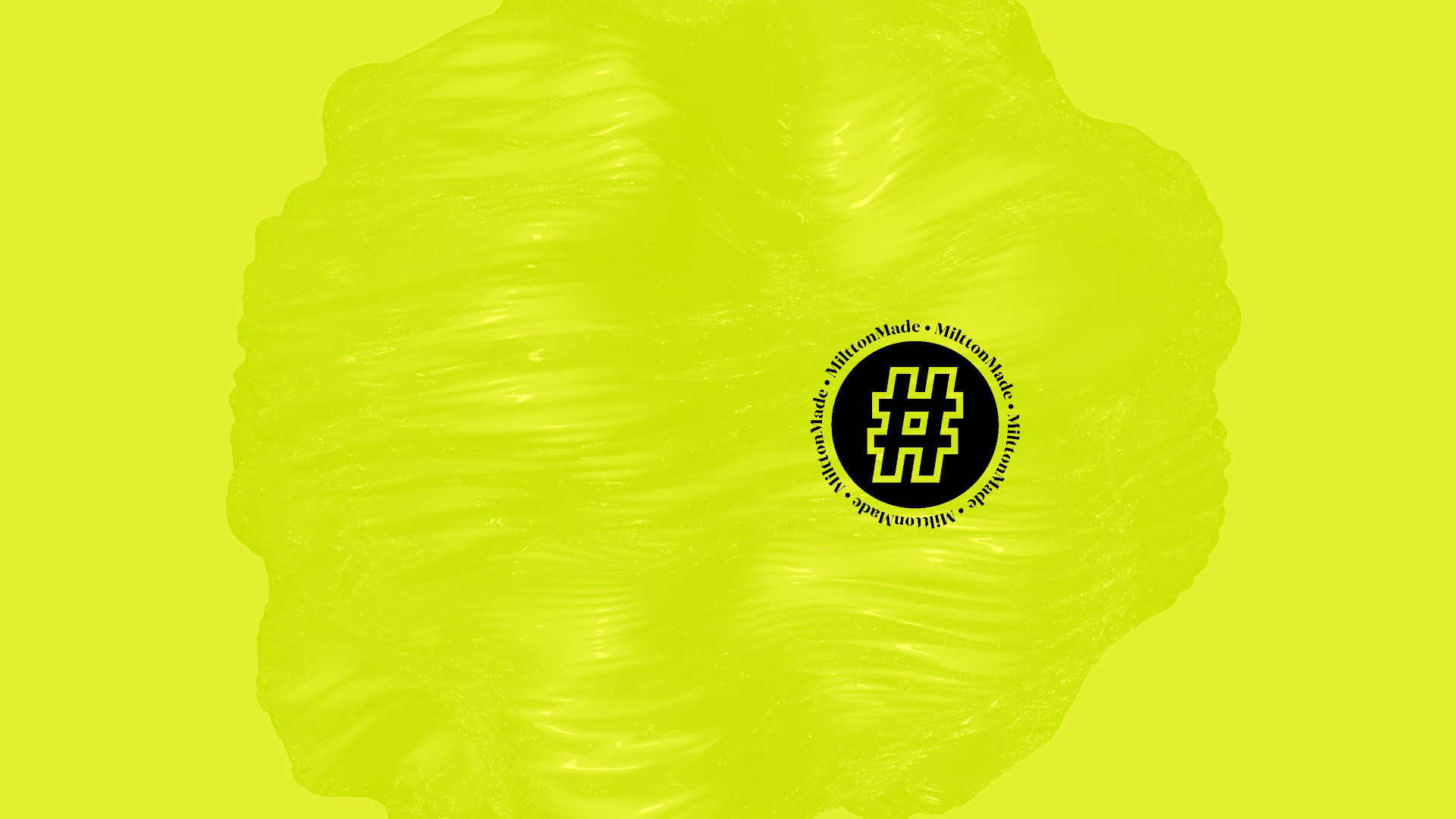 Will inflation upstage the climate crisis? Miltton investigated what the public is concerned about in the run-up to the election

Public concerns are increasing but at the same time there is an increased need for solutions and positive news, says Miltton’s recent survey. Instead of policymakers, solutions are expected from corporations. “The opportunities for decision-makers to solve the great challenges of our time are limited,” says Miltton’s Elina Moisio.

“Climate change, the threat of the far right, the growth of inequality in society,” lists one of the respondents to Miltton’s survey. “The price of fuel, the increase in food prices,” replies another. “My own well-being in the middle of everyday life.”

We asked what concerns Finns have in the runup to next spring’s parliamentary elections. 500 18 to 70-year-olds responded to the panel during the second week of September. The poll has a margin of error of +/- 4% in each direction.

By far the greatest concern is caused by Russia’s war in Ukraine. 51% of respondents named the war as their greatest concern. In addition to the feeling of insecurity caused by the war itself, people worry about the effects of war on one’s everyday life: a drop in living standards, inflation and general price increases (27%), and an increase in electricity prices (24%). 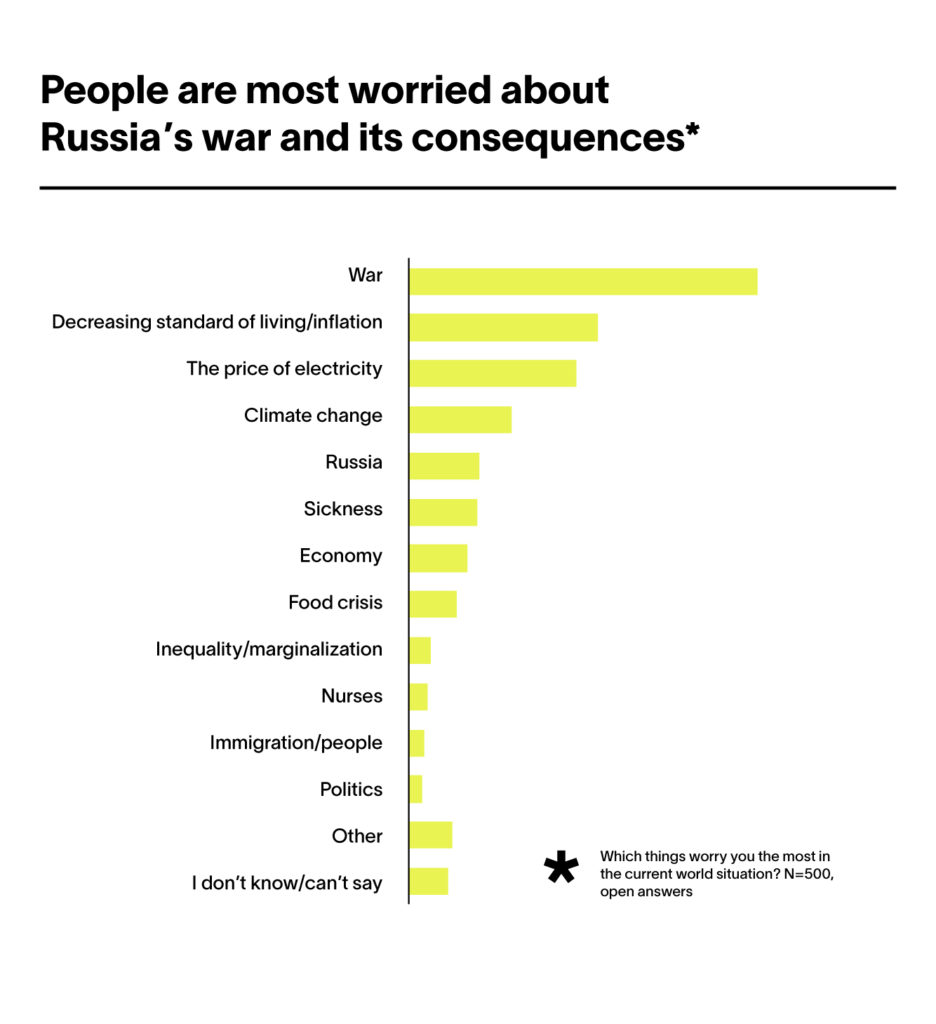 “People under 45 years of age are concerned about the daily life costs increasing. Women are more concerned with security and the climate crisis, men about ensuring work and future competence, and by government indebtedness. However, the differences between the genders are not significant,” interprets Miltton’s Research and insight specialist Mikaela Solatie.

“For young people, the climate crisis and the future of work are somewhat more important themes. Safety, on the other hand, is a greater concern for the over-45s than it is for younger generations.” 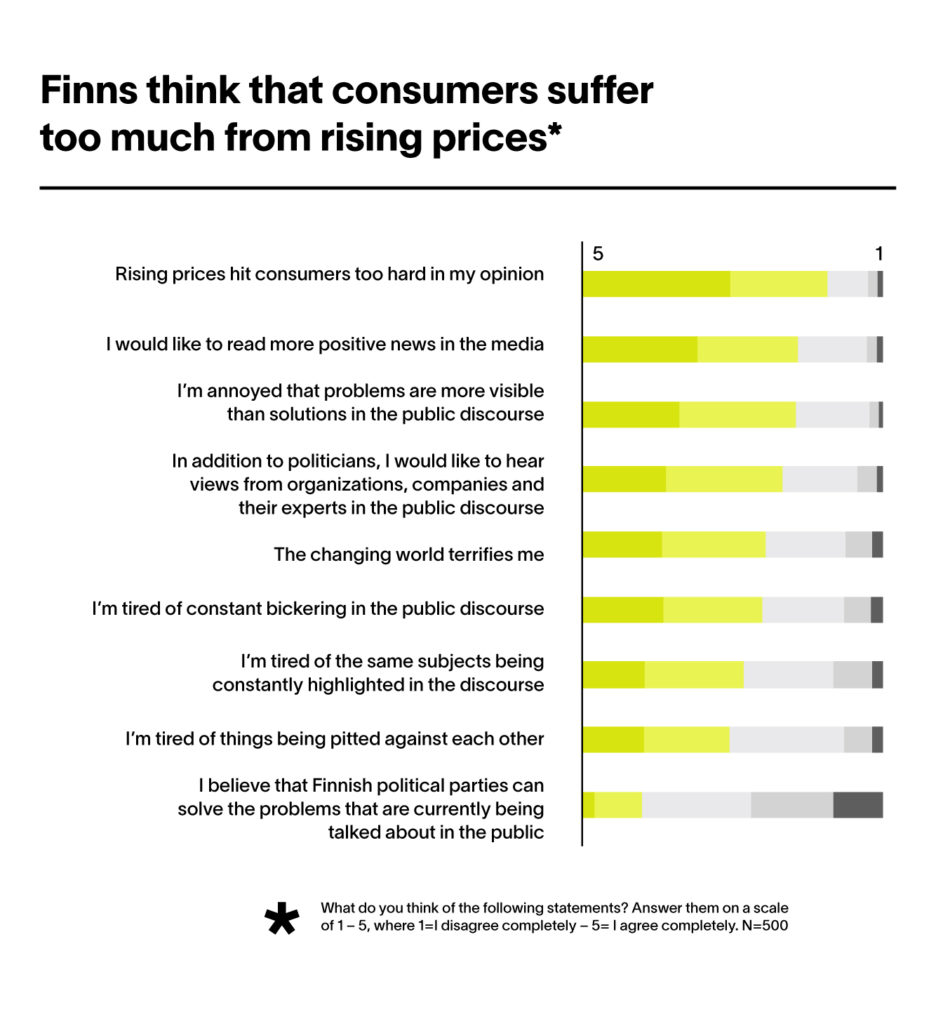 ECONOMY AND SECURITY DROVE PAST OTHER CRISES

We asked which questions would now be most important to grapple with and find solutions to.

Prevention of everyday price increases (61%) and security (41%) related to the acute world situation rose well past longer-term challenges such as the national indebtedness (28%), reducing inequality (21%) and climate crisis prevention (19%).

“I’m worried about the government’s continued borrowing and fear or inability to make difficult but necessary decisions,” described one respondent.

“Finns see what is true. The opportunities for policymakers to solve the great challenges of our time are limited,” says Moisio.

Alongside politicians, solutions are now expected from the business field.

Almost half of the survey’s respondents (44%) do not believe that Finnish parties can solve the problems currently in public debate. Only 20% say they still have confidence in their parties’ ability to offer solutions. On the other hand, 68% of respondents would like to see concrete solutions to Finland’s problems from companies and other organizations. 66% would like companies and organizations to tell us more about the positive impact that their activities have.

70% of respondents are annoyed that only problems, not solutions, arise in public debate. 60% are tired of constant disagreements in public. 72% of respondents would like to read more positive news in the media.

52% of respondents believe that companies and organizations are able to generate greater changes in society than policymakers.

“People see that often companies have even led the way, for example in the fight against climate change,” believes Elina Moisio. “At the same time, parties and policymakers have begun a debate on whether climate targets should be abandoned or relaxed. For companies, this is reflected in the increased uncertainty of the regulatory environment.” 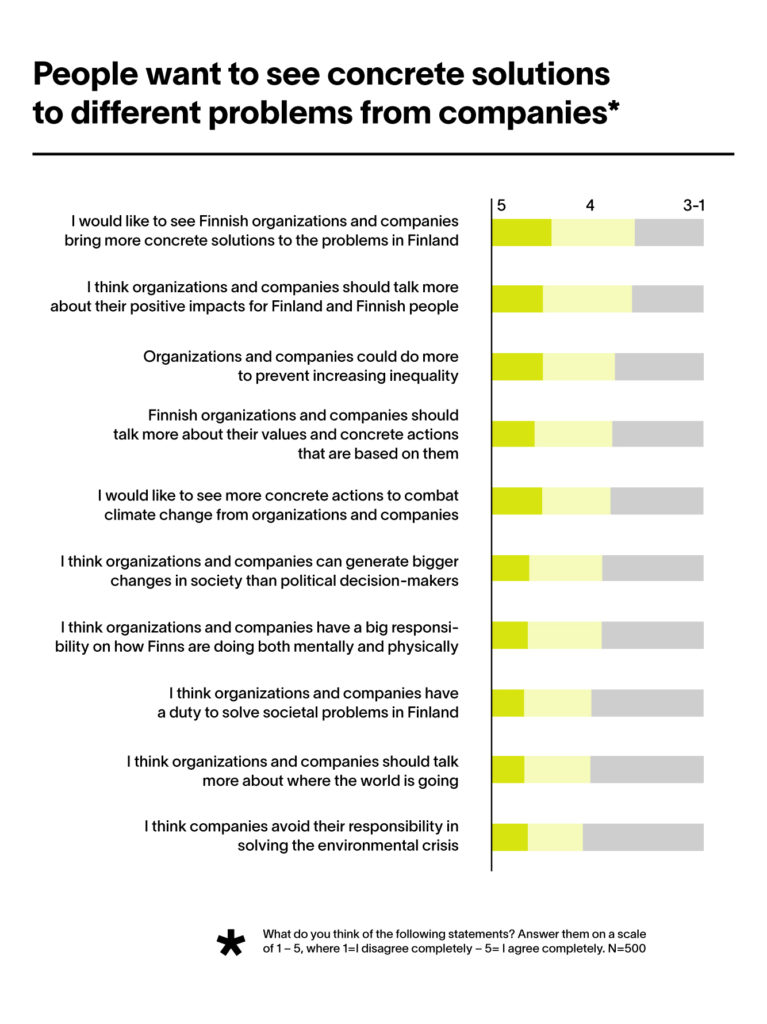 THE PUBLIC’S WORRIES ARE REFLECTED IN ELECTIONS

Elina Moisio understands that during crises, the public’s concerns are highlighted by acute threats such as war, the need for security and the rising cost of living.

“They override longer-term worries, such as tackling climate change and inequality. However, it is important to note that it was on this issue that the differences between generations were highlighted. Younger people are more concerned about climate change.”

Moisio believes that the public’s concerns and priorities will be reflected in the elections. No governing coalition will be able to bypass issues of security of supply and defense next spring. On the other hand, there is no escaping fiscal realities either.

“The traditional right-left axis between the National Coalition Party and the SDP has returned, and there will be a debate on security, the state of public finances and employment. Newer parties, such as the Greens and the Finns, seek to push themes of climate change and immigration into the debate.”

“Perhaps people’s credit for policymakers would increase if decision-makers also listened to the views of companies and took them into account in their decision-making. Companies often know firsthand the impact of decisions on operations,” says Moisio. 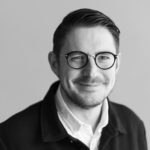 Ville Blåfield works as the Director of Earned media at Miltton.