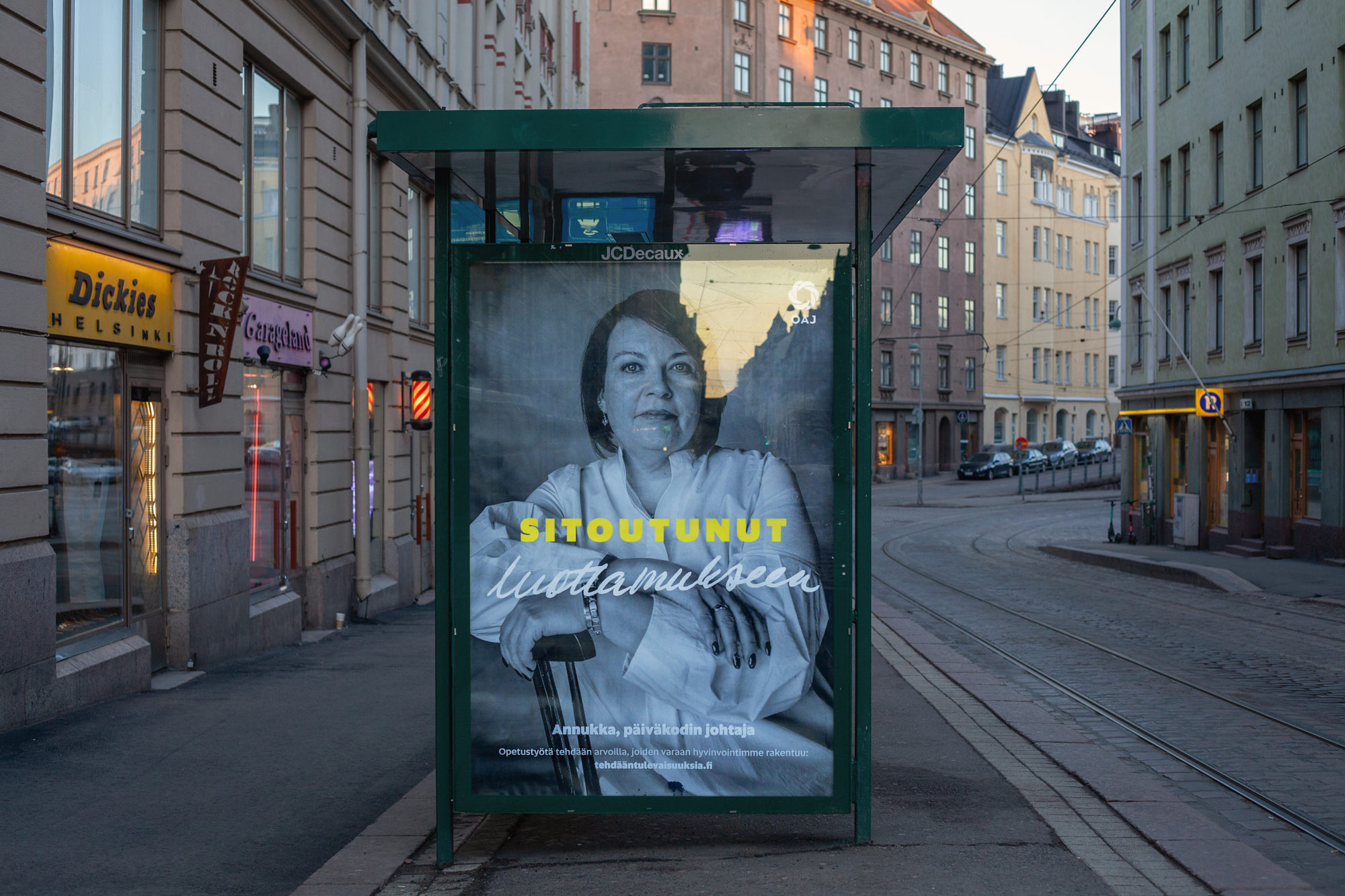 Teachers are valued in Finland – but according to a research, teachers don’t feel valued. OAJ wanted to bring to the discussion the demands and diversity of the teaching profession in a manner that deepens people’s appreciation for teachers and teaching as a profession. This is how “Let’s Make Futures” campaign was launched. The first campaign launch began in March 2021, and it will run for 2 years. The purpose of the first launch was to highlight the importance of teachers during the municipal elections as the working conditions of teachers are strongly determined at the municipal level.​

There is discussion about the commitment of teachers. In the public debate, there are sometimes raised doubts about the political agendas of teachers. Teachers are being committed but not in the way that is often brought in the discussion.

It was made visible what teachers are deeply committed to in accordance with Comenius oath that graduating teachers swear by. A campaign called “Commitment” focused on teachers and the objects they are committed to. Additionally, the contents of the earned media were created which deepened the message, for example, on the website tehdaantulevaisuuksia.fi.​

The nationwide coverage of the campaign was huge. The campaign appeared on television, radio, social media and print magazines. The campaign involved more than 1,000 teachers to distribute campaign-related material.