Vladimir Putin’s war in Ukraine has not only united the west as never before, but it has also created an unprecedented effort in the European Union to de-fossilise the continent which in turn supports the bloc’s transition into clean energy and climate neutral economy. The REPowerEU plan is now published, and it shows the EU means business when it comes to end dependency on Russian fossil fuels.

Vladimir Putin’s war in Ukraine has not only united the west as never before, but it has also created an unprecedented effort in the European Union to de-fossilise the continent which in turn supports the bloc’s transition into clean energy and climate neutral economy. The REPowerEU plan is now published, and it shows the EU means business when it comes to end dependency on Russian fossil fuels.

Although the European Parliament and the Council have not yet adopted their positions on the Commission’s proposal from last July, recasting the Renewable Energy Directive as a part of the Fit for 55 package, another set of amendments and revisions of the targets for renewable energy were put forward by the EU executive on 18 May.

The new REPower EU Plan builds on the proposals included in the Fit for 55 package and follows up on the communication published in March that first outlined the way to wean the EU off of Russian energy. The main objective of the new package is thus to become independent from Russian energy well before 2030 which is a big challenge but also an indispensable step.

There are four key pillars included in the plan:

Energy savings are based on an approach that firstly pursues structural change with mid- to long-term energy efficiency measures and secondly aims at immediate energy savings through behavioural changes. The former can mean for example a modernisation of national heating system requirements addressing major renovations and boiler replacements while we all EU citizens can contribute to the latter by, for instance, turning down heating or taking an alternative mode of transport such as train, bicycle or public transport instead of a private car. In order to enforce the change, the Commission also suggests to further increase the binding target in the Energy Efficiency Directive, from 9%, as proposed in last year’s Fit for 55 package, to 13% by 2030.

Regarding the diversification, the Commission plans to set up voluntary platforms and mechanisms helping to commonly purchase gas, LNG and hydrogen. Also, the EU’s sanctions imposed on Russia speed up the diversification: coal was already included in the EU’s fifth sanctions package banning coal imports from Russia as of mid-August. The plan was to go step by step, adding oil to the sixth package, followed by gas in the near future. The question of an oil embargo was however able to break the unity of the EU as Hungary has been blocking any proposal for a compromise. Gas independence is even a tougher nut to crack: although Russia has already cut off the gas exports to Finland, Poland and Bulgaria while the Baltic States have pro-actively stopped importing Russian gas, the biggest EU economy Germany is very dependent on Russian natural gas (over a quarter of Germany’s energy mix was natural gas in 2020 and nearly a third of that is imported from Russia) and also Italian energy company Eni has opened a ruble account in order to ensure its continued payments for Russian gas. After Germany, Italy consumes the highest amount of natural gas in the EU.

Fossil energy shall be substituted mainly by accelerating clean energy transition. In the short-term however, also some domestic fossil fuel capacities and resources shall be used longer than originally expected which has been criticized by green groups. The main legal measure is the increase of the renewable energy target from 40%, as proposed by the Fit for 55 package, to 45% by 2030. A particular focus is on boosting solar photovoltaics (PV): the level of installed PV shall more than double by 2025 to reach 320 GW and by 2030 it shall be raised to 600 GW. Where it is not feasible to electrify the energy use, like in some hard-to-decarbonise industrial and transport sectors, domestic and sustainable gas in the form of biomethane and green hydrogen will be in a key role replacing Russian natural gas. Hydrogen production must increase from zero to ten million tonnes by 2030 and biomethane production must be increased from the current 3 bcm to 35 bcm by 2030. This is feasible but requires strong political measures and massive investments.

Europe is now forced to become energy independent quickly and abruptly. The transition certainly entails technical and financial challenges for many industries and households but at the same time, it is widely considered as an essential change: despite the increasing energy prices, a recent EU poll indicates that 85% of people believe that the EU should reduce its dependency on Russian gas and oil as soon as possible. The climate targets and the efforts driving energy independence complement each other; the earlier investments made in clean domestic energy pay off double.

As the Nordic countries belong to the European pioneers in the deployment of renewable energy sources, Nordic companies should now actively engage in European discussions on how to realise the clean energy transition EU-wide. More than ever before, we need to collaborate, build on a strong internal energy market and contribute to the united EU. 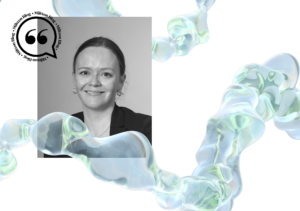 Susanna Pflüger is a Senior Consultant at Miltton Europe who worked in the green gas sector for ten years. As a household gas consumer, she would also like to finally have access to renewable gases.