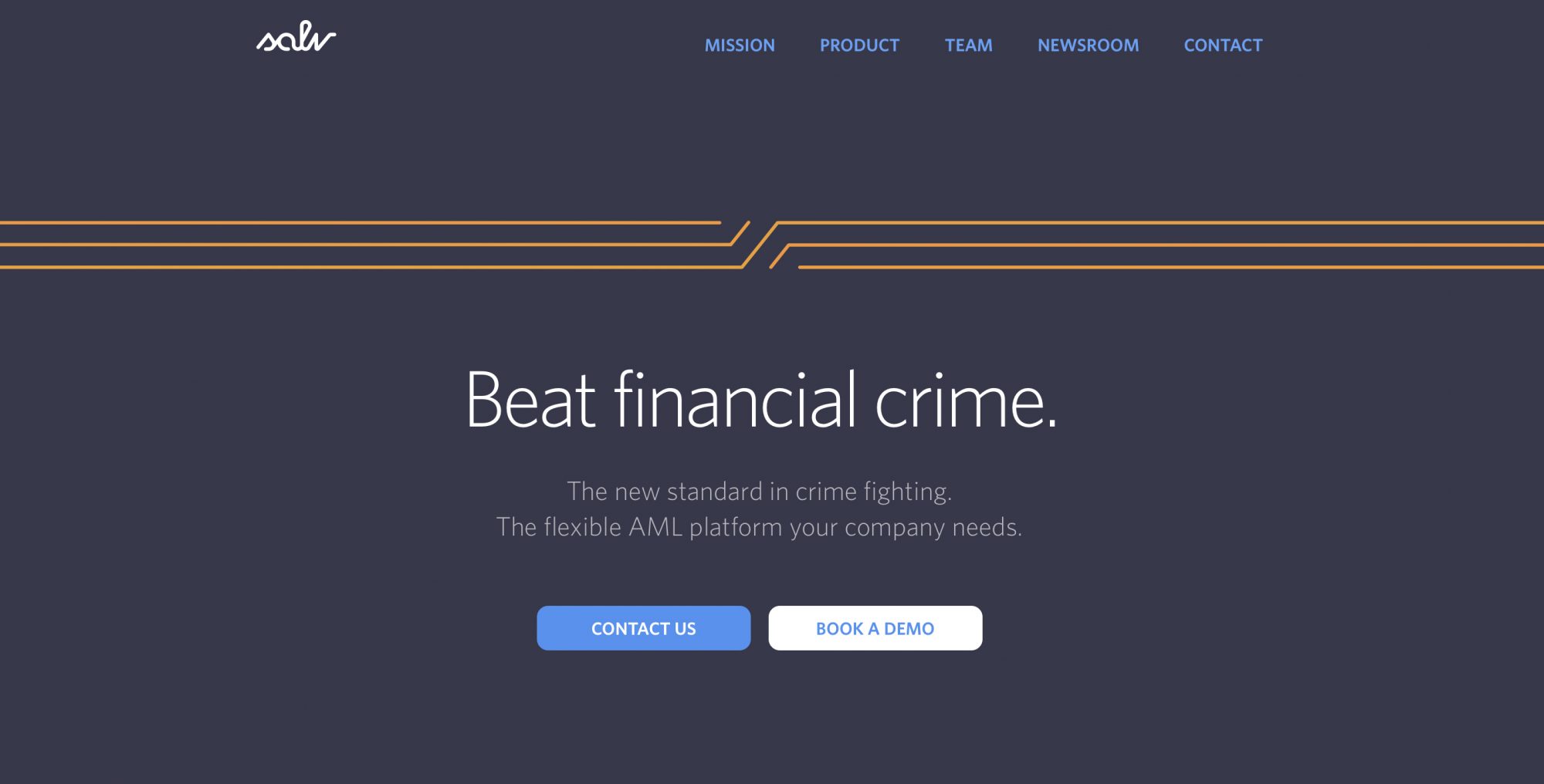 Salv: the global launch of a startup combating financial crime

A stealth-mode startup called Salv, which is an AML platform for banks and fintech’s to prevent financial crime, assigned us to make its global launch. It offers a blockchain-based network between financial institutions enabling to spot suspicious transactions leading into money-laundering cases. Our task was to put Salv on the map for financial institutions primarily in the Baltics, but also ring the bells of decision-makers at international conglomerate banks. The main question was: does Salv have enough messaging power for the international stage?

The challenge was finding and balancing our messaging power with delicate comme-il-faut line relevant for the financial sector. Salv was ready to sound disruptive, but the disruptiveness had to base on facts and challenges based on data. The purpose of our story dissemination was to establish brand awareness and serve corporate communication objectives set by our customer.

After screening out the messaging power, we discovered relatively strong tools to play with. As former engineers of Skype and TransferWise composed the team, we could play on strong expertise. We also had the tailwind of global media initiated by Danske scandal within our disposal. Next, public research data referred that only 1-2% of global money laundering is presently detected. It indicated to incapabilities of AML regulations developed by the regulators.

We prepared a strong PR-release and a targeted PR-event. Based on our well-built messaging package, we had to secure a top tier slot in global tech media. TechCrunch was our first choice. We had to handpick a journalist from TechCrunch to offer an exclusive, and offer exclusives in Estonia, Latvia and Lithuania in their respective news markets.

We were expected to reach a slot at global top tier tech media and in the Baltics, which is the firsthand testbed for Salv. Outcome? A beautiful international tech buzz. Over a hundred news stories in ten languages were published, including top tier channels in the Baltics, ZDNet, TechCrunch, and the world’s 5th most visited website 腾讯新闻客户端.