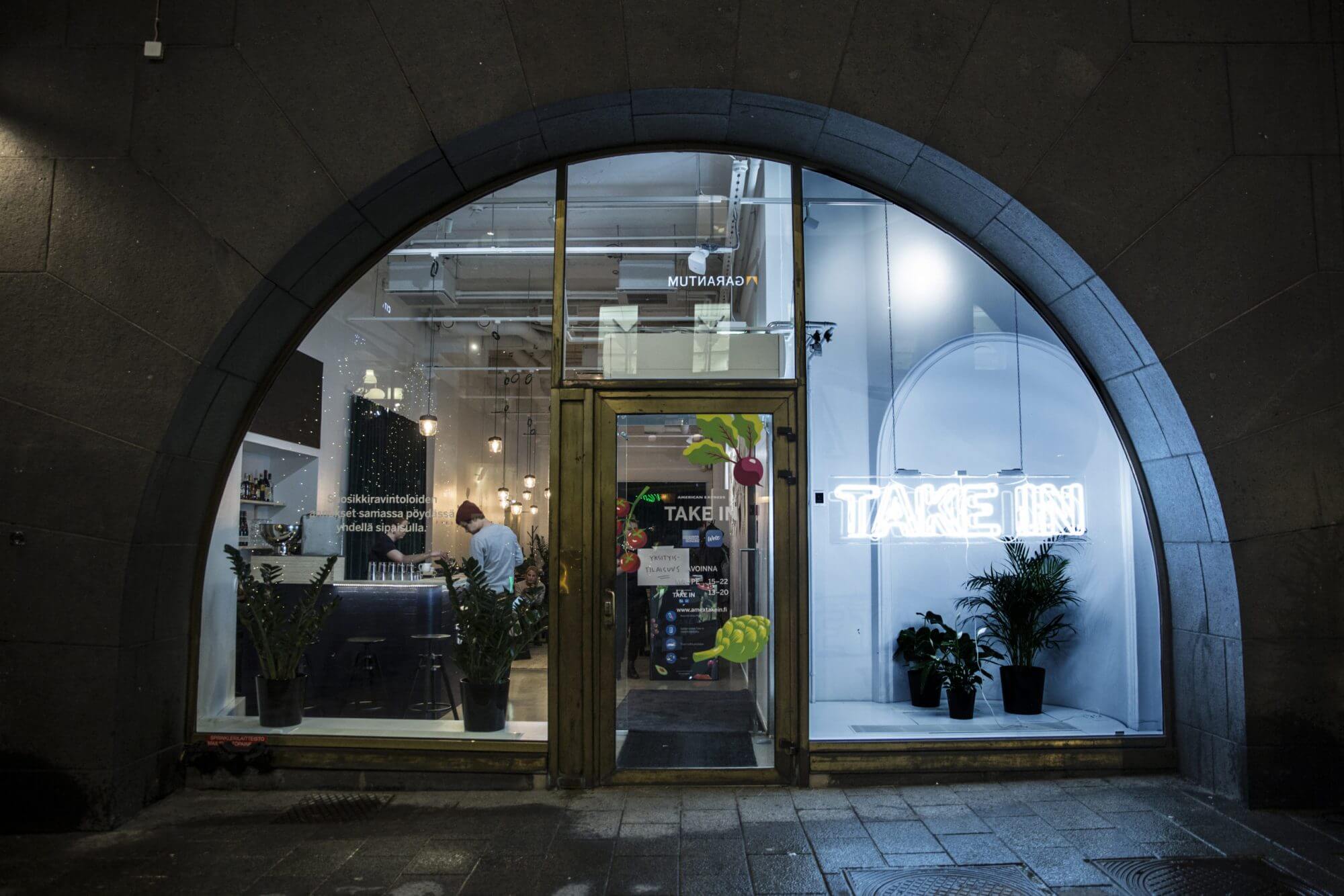 Take In – service design helps create a restaurant without a kitchen

American Express wanted to enhance its brand image in Finland, acquire new card holders, and create a concept that is of genuine interest to existing AmEx customers and the general public. The company also wanted to have an active role in what it sees as a critical period in the development of service culture.

A restaurant without a kitchen was set up on Keskuskatu in Helsinki for four weeks in January 2017. The Take In customers ordered in dishes from nearby restaurants with the help of the food delivery app Wolt. In addition, the on-site Latva bar was at their disposal. Couriers delivered the dishes to Take In without a delivery charge.

The concept gained widespread visibility in international media. The interest displayed towards Take In by mainstream media and the pop-up’s customers shows that a restaurant without a kitchen is another step in the development of a service culture where consumer freedom of choice is paramount. Thanks to the attention from the media, American Express strengthened its brand image and collected leads to support customer acquisition.