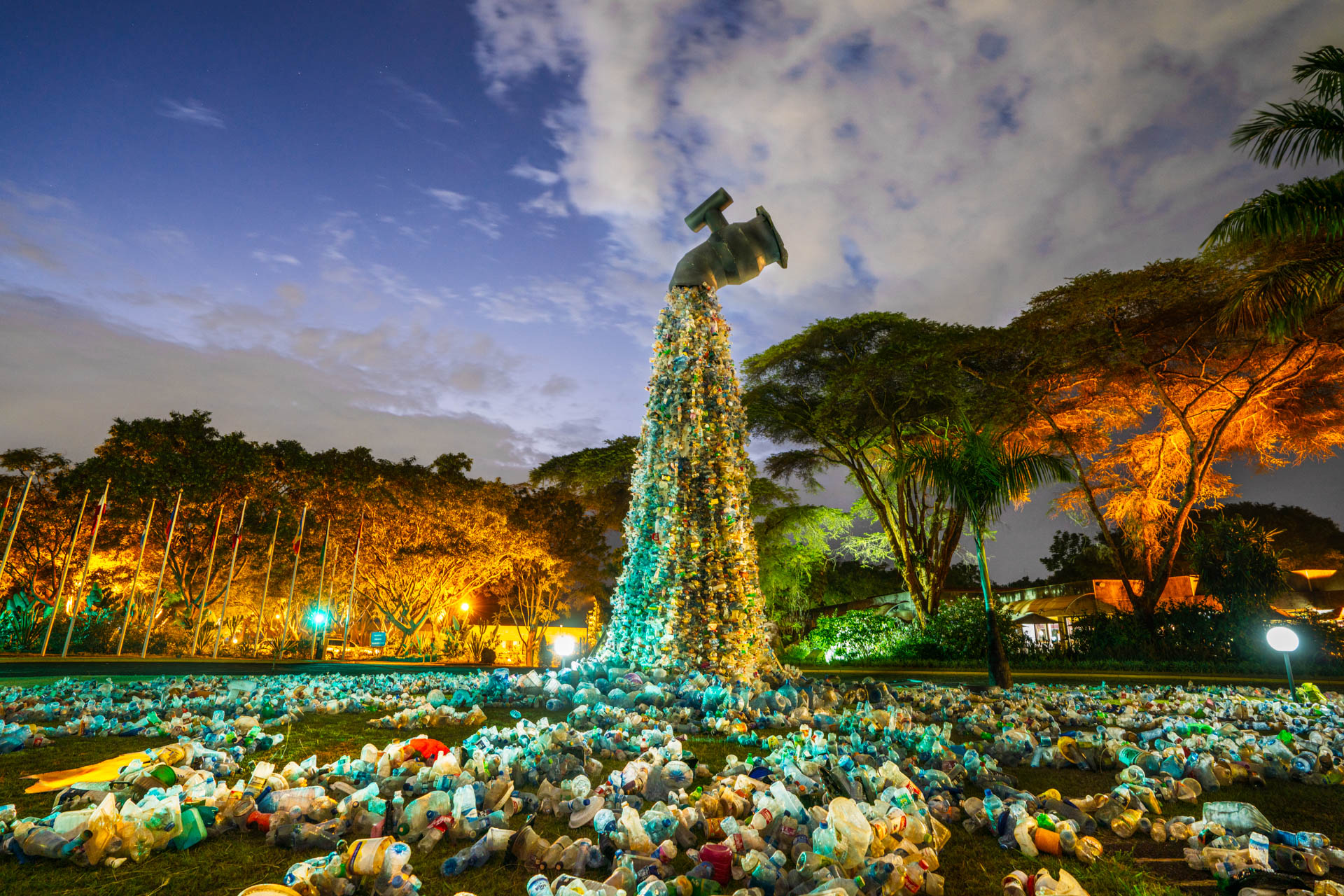 Plastic pollution has long been on the agenda of policy makers. But to find effective responses to this often-daunting challenge, solutions and consensus must transcend national borders. The answer must be global, creative, and compelling. That is where Miltton Events stepped in, and enabled the Assembly to take the fight for our climate to the next step.

The climate crisis we are living is wide-ranging and pervasive. It calls to action governments, businesses, and citizens – as all have a stake in preventing damage to the environment beyond a point of no return. In the same way, everyone can do their part. And so we should, together.

Of the 9.2 billion tonnes of plastic produced in the past 70 years, seven have ended up in landfills and dumps, becoming plastic waste. In the words of the Executive Director of the United Nations Environment Programme, Inger Andersen, “400 million tonnes of plastic are produced every year, globally. 25% of it goes right into waste dumps, and 11 million of that right into our oceans.”

The 5th UN Environment Assembly, gathered in Nairobi (Kenya), was set to find a “strong, global, international framework on plastic pollution.” And so it did, during its first ever session in a hybrid format, with the help of Miltton Events.

The resumed 5th session of the UN Environment Assembly took place between February 28 and March 2, with the overall theme of “Strengthening Actions for Nature to Achieve the Sustainable Development Goals”. The climate crisis, and plastic pollution as one of its sub-phenomena, are among the global challenges that only a strong and cohesive international community can help humanity face.

Miltton Events, leveraging its experience in the organization and smooth execution of hybrid international events, won the global pitch to partner with the UN and work towards creating a successful 5th session.

There were two main challenges at hand. From the organizational perspective, owing to the ongoing pandemic, the Assembly was to take place in a hybrid format. 1500 environment ministers and representatives from 193 nations were set to gather in Nairobi, with the total number of participants mounting up to 5000 attendees. The event had to unfold in a frictionless way for all attendees, both in-person and online.

Secondly, the message was key – there is no planet B. Governments must come together, but so should the media industry in all its respective national and sectorial ramifications, to bring issues and solutions to the spotlight.

With the beginning of the pandemic, things swiftly moved online in Estonia. Building upon that experience, and Estonia’s digital expertise, Miltton Events already had the necessary track record to instill confidence in the United Nations that there was no better partner to ensure a frictionless production and execution of the 5th Environment Assembly.

52 hybrid sessions took place in Nairobi in the week-long path that led to the final gathering. The sessions consisted of in-person meetings, as well as a large online audience from around the globe. International broadcasting and parallel translations into each of the six official UN languages were arranged, while the Assembly unfolded to keep attendees involved – no matter their location. Organizing the event met all the highest standards in terms of security, streaming, and other digital production demands, to maintain everyone’s focus and participation on the objective at hand.

On par with smooth execution, Miltton Events was called to ensure that the main message would get through – effective responses to the climate crisis cannot be delayed any further. To this end, Miltton Events teamed up with international activist and artist Benjamin Von Wong. The result of his work, and of over 100 residents from Africa’s largest slum of Kibera, was a 30-foot-tall installation to #TurnOffThePlasticTap. A giant plastic tap spewing more plastics, sourced from the same slum, sanitized, and tied together, greeted delegates attending the Assembly in Nairobi. The concept called conference attendees to not just focus on the consequences of plastic production, with solutions like recycling and clean-ups. But to go to the source of the problem, and turn off the plastic tap with a global treaty on plastic production.

The UN Environment Assembly concluded its operations with a historic result – adopting a resolution with the explicit goal to end plastic pollution and forge an international, legally binding agreement by 2024. Inger Andersen, UNEP’s Executive Director, defined it “the most important international multilateral environmental deal since the Paris agreements”. In total, 14 resolutions were approved, moving towards increased protection and restoration of natural environments worldwide, and to curb pollution.

Miltton Events facilitated the Assembly’s works from a technical and organizational point of view. But it also provided the necessary creative, conceptual, and PR support to deliver a message we just cannot overlook anymore. The giant plastic tap installation proved key to finding a synthesis between the problem of plastic production, and the most direct, disastrous consequences it has on our planet. In total, the event and the installation were featured in over 14 400 articles across media outlets in 156 countries. 321 journalists took part in the event, representing 39 different nations. And decision-makers, reporters, and active citizens, were all there for the same reason – to create a future with no plastic pollution. 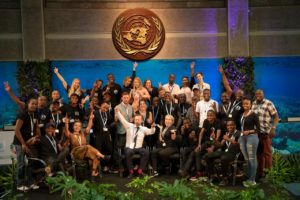