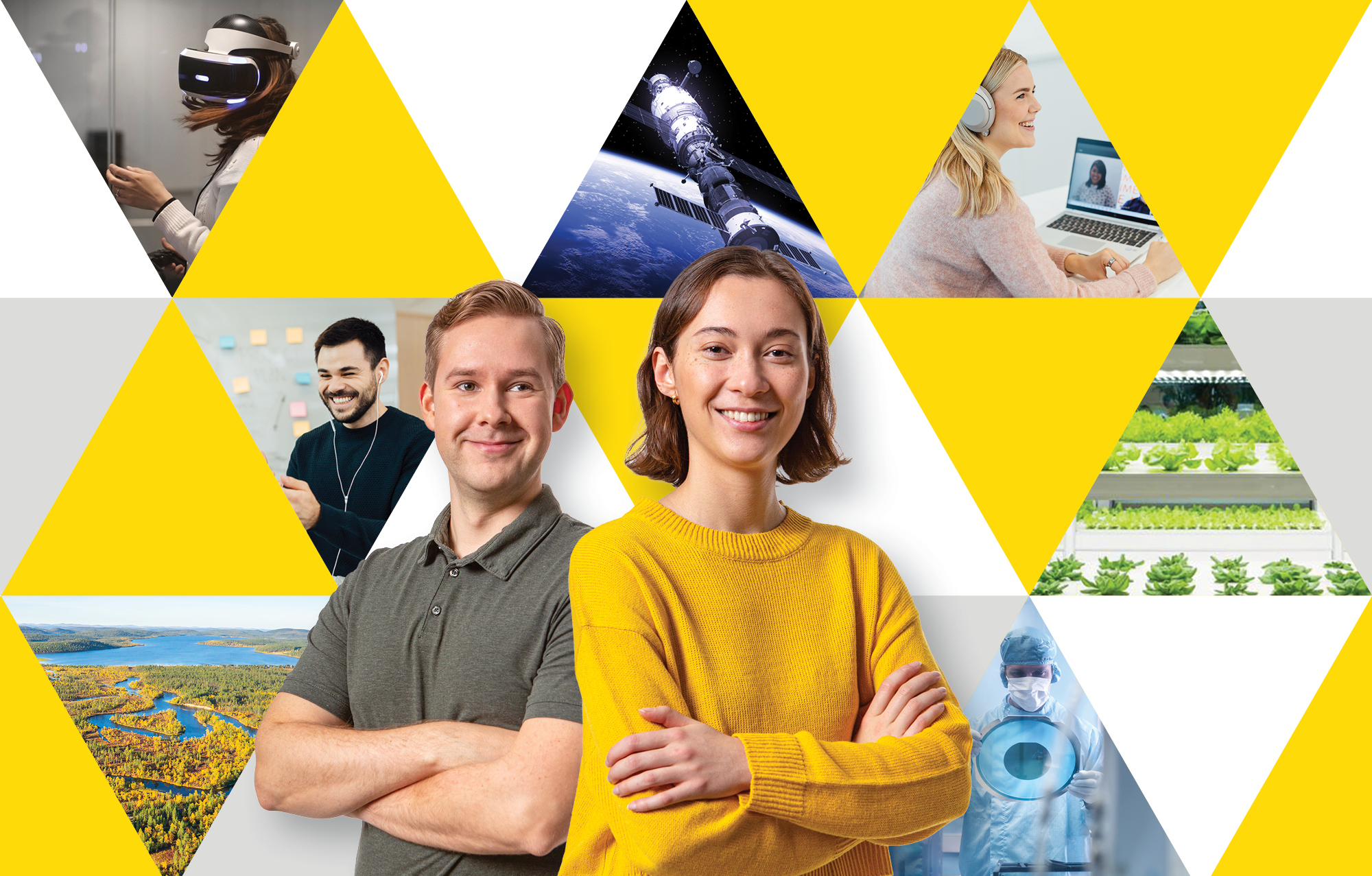 VTT wanted to assert itself in a new way among university students. The aim was to communicate about VTT as an employer and its different summer job opportunities in an interesting, emotional way, so that along with good applicants, it would raise awareness and interest more widely among students.

Studies show that the ability to influence responsible and meaningful topics is a significant criterion for students’ career choices. VTT, a research center that develops new science-based technology, develops solutions to the world’s largest challenges, such as climate change, resource adequacy and good life. Its strategy is to create sustainable growth through science-based innovations. Therefore, VTT can offer meaningful work for young people in various research and development projects or its support functions. And people in the key recruitment target groups need to know this. Thus, there was a need for a concept that attracts attention and appeals to specific kind of students, which is based on VTT’s brand and strategy. The new concept needed to create a permanent way of communicating about the summer internship program.

The VTT Summer of Changemakers concept highlights VTT as a meaningful, fascinating summer workplace where young people can change the world and create a more hopeful future with the help of new science and technology. The campaign that was launched at the end of the corona year reflected the emotional landscape of young people: the strenuous year 2020 is coming to an end and in the summer of 2021, it is time to make the future more hopeful with the help of science and technology. However, the Changemakers concept is adjustable and can continue under the same overall theme in the upcoming summers. ​
​
The look and tonality of the campaign were designed on the basis of VTT’s renewed employer brand in order to be distinct from traditional recruitment campaigns. The inspiring story was told in a video that addressed current topics. The same concept emerged consistently from the campaign website and job descriptions, to which the target audience was directed through the digital campaigns. During the application period, the marketing campaign was modified based on the results and successes, so that there were enough applicants for each open positions.

The campaign was highly respected both inside and outside of VTT. And most importantly – the goals set for the number of applicants were exceeded. There were over 3,000 job applications, which was a +148% increase compared to the previous year.​