For those at the early stages of their career, traineeships provide an opportunity to gain practical and professional experience with a view to improving employability. At Miltton, a six-month paid traineeship programme increasingly involves fewer routine tasks and more varied responsibilities. It offers a real, on-the-job experience along with the support of a creative community.

If Miltton’s Trainee Programme in Helsinki is something that interests you – or if you happen to know someone who’d make a great candidate – you’ll be pleased to know that trainee recruitment will start really soon. More details to follow!

In the meantime, four Milttonees share their first impressions, experiences and insights into trainee life. 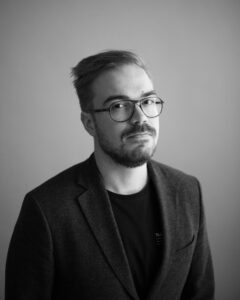 I must admit that I didn’t have a clear picture about the work we do here at Miltton before starting as a trainee. I had studied some cases, but they really don’t tell that much about the process behind a project. Other than that, I only had two expectations: that it would be challenging and that I would be tasting a lot of champagne. My first expectation was clearly met, but the latter turned out to be a false hope – thanks, Corona.

Everyone has their own definition of a rewarding project. For some, it’s overcoming a huge obstacle somewhere along the way or that there were no obstacles at all. For others, it’s a pat on the back or working with great colleagues. For me, it’s especially about widening one’s perspective by learning. Learn something, carry it out without asking for help, and step outside your comfort zone – again and again.

What really surprised me was the variety of tasks that projects entail. In communications, you’ll find yourself doing things you probably didn’t even know existed. For me, that was writing alternative texts. This is to improve the accessibility of graphs, charts and pictures for people with impaired vision. The trick is, you’ll need to be creative in your writing and really step into the shoes of someone who doesn’t necessarily see the world the same way you do.

I was also surprised by the amount of responsibility I was given even during the first months of my traineeship. Early on, I created schedules and managed my own and coworkers’ time between different clients and projects and attended meetings with clients.

During my traineeship, what I’ve learned about project management at Miltton is that you should think of yourself as a movie producer. The one whose job description says, “Controller of time, quality, and expenses.” 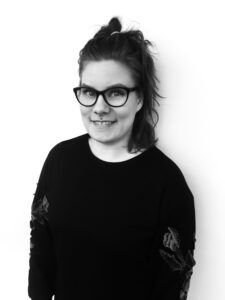 I had absolutely no idea what Miltton was about when I joined my first team here. My only wish was to learn some graphic design. Little did I know that this short trainee period would turn into a full-time job.

My time as a trainee consisted mostly of helping with annual report production. I had both my own reports and I guest starred in others. My daily tasks were laying out text, choosing pictures, making illustrations and producing graphs. It was a comprehensive overview of the reporting world and I’m very honoured that I got to learn all that.

The most rewarding projects have been the ones I got to do by myself. Even though I don’t necessarily like to work alone, I needed these opportunities to grow as a graphic designer. For example, during the trainee season I made lots of social media posts and I learned a lot from the client and our account directors. Also, trainees are taken along the process, from selling the project and attending client meetings to production and the after party. You really get your hands dirty and show others what you’re made of.

Looking back, I can say that being a trainee helped me develop as a designer, as a person and as a colleague. I’ve learned to trust my own vision and intuition and I’ve become more precise and consistent with my work. In addition, I’ve learned what I can do, what I want to learn, and how to express my thoughts out loud. 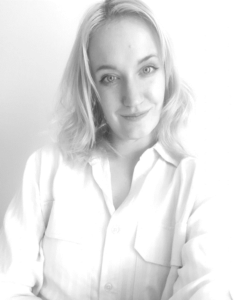 Before I started as a trainee, I was expecting to be handed either beginner-level tasks or work that supposedly no one else wanted to do – and I was totally fine with that. However, as I started working, I quickly realised that no one saw me as just a trainee but as a professional and a colleague. So no, my expectations were not met because I got so much more than I bargained for.

I was lucky enough to be involved in several bigger annual report projects. There’s no better feeling than when, after a really intense last push, something you worked so hard on is finally published. Seeing it out there in the world has been very rewarding.

One of the things I absolutely love is that every day looks a little different. There’s a certain amount of freedom that comes with being able to choose your own work. For example, my days are usually filled with project management duties, client meetings, and translations to transcriptions, proofreading and conducting background research, to name but a few.

I’ve gotten the chance to broaden my own skill set and grow not only as a professional but as a person as well. I’ve learnt a lot about project management and the importance of transparent and clear communication, and also attention to detail. What I’ve studied finally has actual, concrete meaning: running a project on paper is very different from running a project in real life with real people.

Before starting my trainee period at Miltton, I had some idea of what kind of tasks I’d be doing as part of the Studios showroom team – PR, showroom loans, media work and marketing communications. I think my expectations were met and also exceeded. From the very beginning, I was given a lot of responsibility and I was able to challenge myself.

The best and most rewarding project was probably organising the Miltton Studios media day during a pandemic. The production was quite challenging, but we managed to pull it off in a new way that served our clients’ needs and was nice and safe for all the visitors.

I think all in all my project management skills improved and I was able to perfect my skills working in a full-scale showroom. I managed to learn how proper PR media work is done.

Share
Miltton’s Trainee Program in Helsinki will be open for applications in June 2021. Keep posted and follow our channels to get first dibs!
Previous article
Putting the You in European Democracy?
Next article
Brexit: after the bad, prepare for the (even) worse