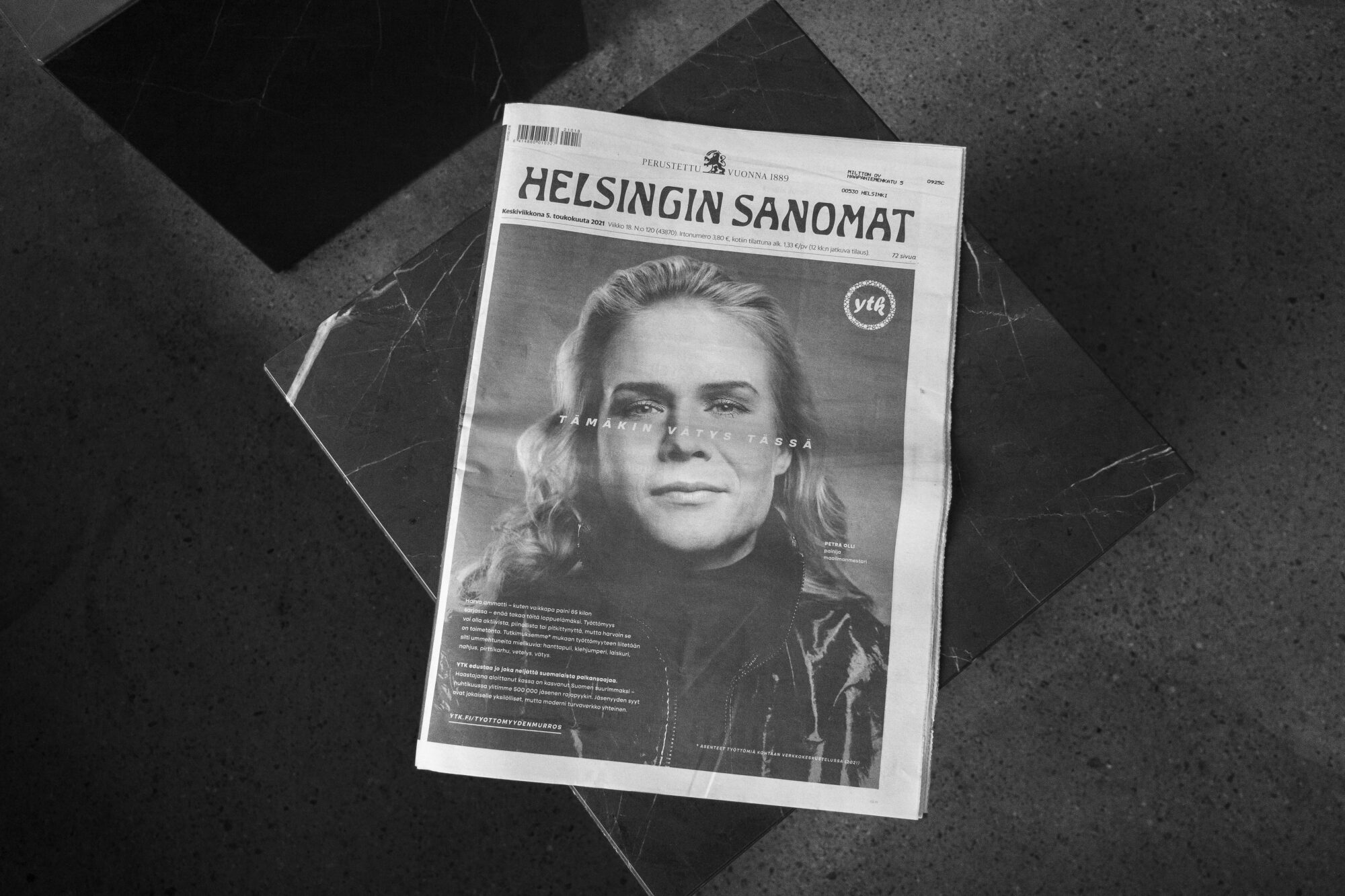 YTK – The biggest unemployment fund in Finland launched a campaign to overturn outdated and toxic myths about unemployed people.

Objective: Early 2021, YTK conducted a study that revealed toxic and outdated attitudes towards unemployed people on Finnish social media. The fund wanted to spread a modern and wider understanding of unemployment.

Insight: Removing stigma, shame and negative connotations will help people understand modern unemployment and widen its image. There are as many different stories and perspectives as there are people in the workforce (or outside of it). YTK wanted to communicate that there is no need to be ashamed about becoming unemployed since it could happen to any one of us.

Creative: In the campaign, we show how ridiculous some of the terms people relate to unemployed people sound in 2021 (they sound funny to a person well versed in Finnish, probably even funnier to the ones who are not). It was important for YTK that its members were involved in the creative process. An email survey was conducted, and the members got to vote between two creative output ideas.

The campaign ended up starring Petra Olli, a world champion wrestler who has publicly talked about unemployment after her succesful sports career. Juxtaposing the image of Ms. Olli as a strong public figure with the ridiculous insults emphasizes that there is always an actual human being and a story behind unemployment. Through this contrast YTK was able to communicate the need to modernize our views on unemployment.

Share
Maybe the most valuable insight from the pandemic has been a wider understanding about unemployment. It can happen to anyone and it's not your fault. That's why we need to change our way of speaking about it.
Ilona Kangas, Marketing & Communications Director YTK